It's Hall of Fame induction weekend! Congratulations to Frank Thomas, Greg Maddux, Tom Glavine, Bobby Cox, Tony La Russa, and Joe Torre for being inducted into Cooperstown. Oh wait, I forgot to congratulate the winner of this year's Ford C. Frick Award, Texas Rangers broadcaster, Eric Nadel (no relation)! The reason I'm mentioning the veteran Rangers announcer is that I just interviewed him live at Yankee Stadium in his radio booth in a recent Yankees vs. Rangers game, after Eric invited me to join him! I recorded the interview on my audio recorder, so the interview is up on YouTube. But before I give you the link, let me tell you a little bit about Eric. 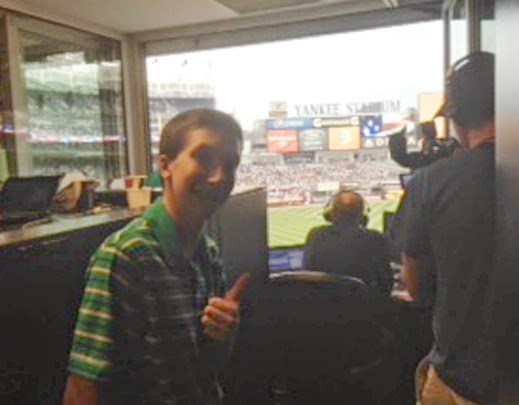 Eric Nadel grew up in Brooklyn, NY and graduated from Brown University in 1972, where he practiced in the booth by broadcasting college hockey and football games. He has been a Rangers broadcaster for the last 36 years and has worked with other legendary broadcasters like Mark Holtz and John Miller and learned a lot about the game from them. Eric was elected into the Texas Baseball Hall of Fame in 1991 and became the 15th member of the Texas Rangers Hall of Fame in 2012. Nadel has won the Texas Sportscaster of the Year Award seven times and has announced all of the Rangers' trips to the playoffs, including their World Series appearances in 2010 and 2011. A speaker of Spanish, he has made many trips to Cuba to study baseball there. Nadel has also won the Associated Press award for best play-by-play in Texas twice. I was very honored to interview such a great broadcaster and hope he receives even more awards in the future. 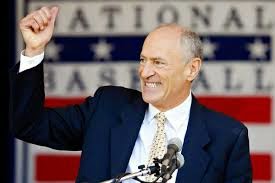 Now that you are more familiar with Eric Nadel, click here to listen to the interview. By the way, while I was in the Rangers' broadcasting booth, I got to meet some of the announcers for the Yankees, such as radio announcers John Sterling and Suzyn Waldman, and television announcers for the YES Network, Michael Kay, Paul O'Neill, and John Flaherty. I also met Jesus Suarez Valmaña, the number one baseball broadcaster in Cuba and a good friend of Nadel. 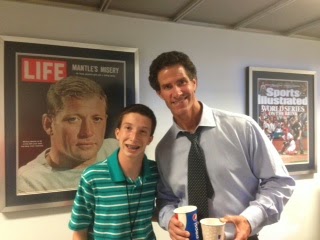 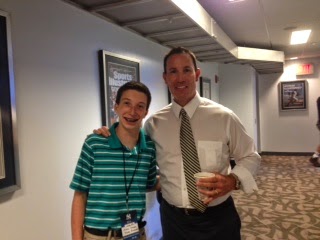 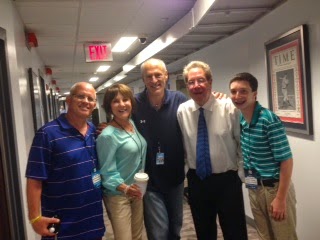 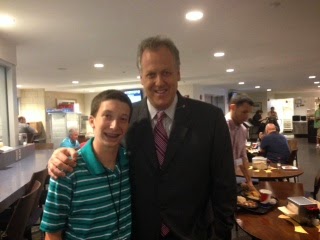 
Thanks for listening to my interview with Eric Nadel. And a huge thanks again to Eric for inviting me up to the booth!!  I hope you enjoyed the interview and check back soon for more of "all the buzz on what wuzz."
Posted by Matt Nadel at 9:07 PM