Who's ready to read an interview with former Dodgers' All Star third baseman, Ron Cey? I hope you are, but before you get the chance to read about a member of the 1981 World Series-winning Dodgers, let me tell you a little bit about Cey.

Ronald Charles Cey (pronounced like "say") played in the MLB from 1971-1987 with the Dodgers, Cubs, and A's. The six-time All Star from 1974-1979 was an excellent third baseman, finishing his career with 316 career home runs. Nicknamed the "Penguin" in college because of the way he walked, Cey was a fan favorite in LA and led the Dodgers to four World Series (1974, 1977, 1978, 1981). He finally got his World Series ring in 1981, hitting .350 in the Series against the Yankees, with a homer and six RBIs. This performance earned the Penguin co-World Series MVP honors, along with Pedro Guerrero and Steve Yeager. He currently works for the Dodgers organization.

Now that you know a basic summary of his career, here is an interview with Dodgers' great, Ron Cey.

Matt: You were part of the fraternity Phi Delta Theta when you were a student at Washington State University. Do you remember any cool stories from the frat house?
Ron: There's lots of funny stories that I could share, but the frat house was all about bonding with the other members. 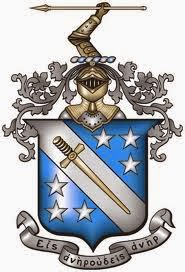 Matt: You were part of an infield with Steve Garvey, Bill Russell, and Davey Lopes for eight and a half years during your career. Did you become very close with them?
Ron: We were all signed by the Dodgers and were all part of Tommy Lasorda's team in the minors. We formed one of the most successful and long-lasting infields in baseball history so I would say yes, we did get close.

Matt: You played in four World Series in your career, three of them against the Yankees. Which one was the most fun to play in?
Ron: Probably 1978, because we should have won that one against New York. Even though we lost, it was still a fun World Series. 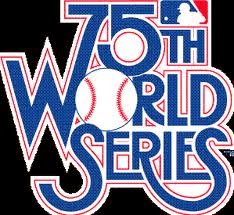 Matt: Do you think any rules should be changed in the MLB today?
Ron: I'm in favor of the new rules regarding instant replay and I think that no other rules need to be changed.

Matt: What do you like to do in your spare time?
Ron: I like the outdoors and, when I have time, I like working in the yard.

Well, that's the interview. I hope you enjoyed reading it and thanks to Ron for answering my questions.  And a special shout-out to Nikki Warner, the Director of Communications at the Major League Baseball Players Alumni Association, for arranging it. Thanks for reading this post and check back in a few days for more of "all the buzz on what wuzz."
Posted by Matt Nadel at 2:04 PM