I recently posted a video on YouTube. The video is of me trying to name all of the winners of every single World Series from 1903 (the first ever World Series). To see if I succeeded or not, click here. I hope you enjoy the video and check back in a few days for more of "all the buzz on what wuzz."

Posted by Matt Nadel at 8:51 PM No comments:

The 1922 St. Louis Browns were one of the greatest teams in baseball history.... that didn't make the playoffs. However, there were many bright spots on the team, one of them being the first player ever to hit over 30 homers and steal over 30 bases in the same season. I am talking about Mr. Ken Williams.

Williams, who was born in Grants Pass, Oregon, played for the Reds, Red Sox and Browns (the present day Orioles) from 1915-1929. Although there wasn't an All Star Game back then, he would have been a perennial All Star, having clubbed out 196 career homers, along with driving in 916 career RBIs. Next to Frank "Home Run"  Baker, these stats made Ken one of the most feared hitters in the AL, but then a guy by the name of Babe Ruth came along and stole all of his swagger. Although Babe would continue to have an astounding career, Ken one-upped Babe during the 1922 season, leading the league in home runs (39), RBIs (155), and total bases (367). He also stole 37 bases in the same year, making him the first player ever to hit over 30 homers and steal over 30 bases in the same season. Some of his other career stats include 1,552 hits, a .319 batting average, and a slugging percentage of .530.

Although it is apparent that Ken will never reach the Hall of Fame, he is still remembered by me as one of the greatest power hitters of his time. Anyway, thanks for reading this post. I hope you enjoyed it and check back in a couple of days for more of "all the buzz on what wuzz."

I just put up my latest post in the Kids' Hot Korner section of New Jersey Baseball Magazine. This one is about Billy Williams, one of the great Chicago Cubs Hall of Famers in baseball history. If you want to read more about Billy, just click here. 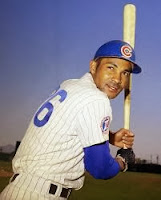 I hope you enjoy the article and check back in a few days for more of "all the buzz on what wuzz."

Posted by Matt Nadel at 7:31 AM No comments:

The 2013 World Series week has officially started! This year's contenders are the Boston Red Sox and the St. Louis Cardinals. Considering that I've already done a top five favorite Red Sox HoFers post, I decided that the time is right to post my top five Cards Hall of Famers of all time. Now, remember, this is my post of top five favorites, not top five greatest according to me. Keep that in mind when you read my picks because you might be surprised.

Number Five: Ozzie Smith
Why? The man known for his fielding cracks this list because of his outstanding overall play. The 15-time All Star and 13-time Gold Glover got over 2,600 career hits and is defined by his NL Pennant-winning walk-off homer in the bottom of the ninth in Game Five of the 1985 NLCS to send the Cards to the World Series for the second time in four years (1982). 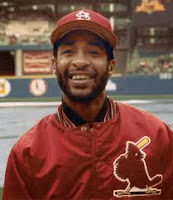 Number Four: Lou Brock
Why? When I play baseball, considering my size, I don't aim to hit homers. I love getting singles and stealing second, third, and sometimes even home. There are a couple of people in Cooperstown that come to mind when I say this, but the only one who played for the Cardinals was Larcenous Lou Brock. A member of the 3,000 hits club and 900 steals club, the six-time All Star stole a record 14 bases in World  Series play. He places second in career steals with 938 and batted .293 lifetime in the '60s and '70s. 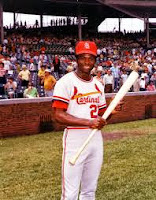 Number Three: Rogers Hornsby
Why? To put it simply, Rajah is my favorite second baseman of all time and I'm sure that a lot of people agree. He was 70 hits away from joining the 3,000 hits club but he was still one of the greatest second baseman of all time. The two-time MVP won the Triple Crown twice and batted .424 in 1924. His .358 career batting average is second all time. The reason he is not number one? He was very stubborn and got traded a lot. A fan favorite is someone who was loyal to a team and Hornsby wasn't exactly that at the end of his Cardinal career. 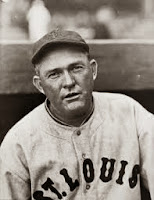 Number Two: Bob Gibson
Why? Hoot was one of the greatest pitchers of his time. During his career in the '60s and '70s, Gibson won over 250 games, had a career ERA below three, and once had an ERA of 1.12 (1968)! The two-time Cy Young Award winner and MVP winner is also in the 3,000 strikeouts club and struck out 92 batters in nine World Series appearances. The reason Bob isn't number one, you ask? Simple, only one "Man" is worthy of that spot.

Number One: Stan Musial
Why? Stan was awesome: 475 homers, 3,630 hits, a batting average of .331, and was a HUGE fan favorite in St. Louis. The 24-time All Star (second all time) won three MVPs during his career. He batted under .300 in his career in just three seasons and is considered one of the best players to ever play the game. I think it is certainly safe to say that Stan is definitely the right "Man" for this spot because he is my favorite Cardinals Hall of Famer in baseball history.

Well, those are my picks. If you disagree, leave a comment saying your picks. Anyway, thanks for reading this post. I hope you enjoyed it and check back in a couple of days for more of "all the buzz on what wuzz."
Posted by Matt Nadel at 9:00 PM 2 comments:

I have another interview for you today! It's with the great former closer Trevor Hoffman! It was arranged and recorded by the really cool web site, Sqor.com. By the way, Sqor (www.sqor.com) is a new sports and social networking web site that brings athlete content to fans from over 1,200 professional and amateur athletes, so check them out. And Brett Favre is on the board of directors of the company. If you want to listen to the interview, just click here. Also, in case you don't know a lot about Hoffman, let me explain who he was and why he is considered one of the greatest closers of all time.

Trevor played from 1993-2010 with the Marlins, Padres, and Brewers. His 601 career saves are second only to Mariano Rivera. During his career, the seven-time All Star baffled teams with his devastating changeup, which helped him achieve a minuscule 2.87 career ERA. The Bellflower, California native held the all-time saves record from '06 to '11 and is only one of two pitchers to have 500+ and 600+ career saves. Funny, he played shortstop in college!

Well, I hope you enjoy the interview. Thanks for listening to it and check back in a couple of days for more of "all the buzz on what wuzz." 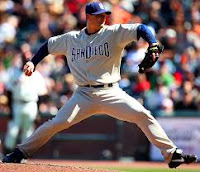 Like I've mentioned many times before, some Hall of Famers never won a World Series ring, or even got a taste of playoff baseball. Naturally, a couple of teams with Hall of Famers without rings come to my mind when I hear this statement. For example, the Expos, Cubs, Padres, Rangers, Angels, Astros, Mariners, Senators/Twins, and more. But the player who I will be focusing on in this post played for the Chicago White Sox. He played in the midst of Chicago's 87-year World Series drought, but was still a fan favorite. Ladies and gentleman, Luke Appling!

"Old Aches and Pains" (who got his nickname for his constant complaining about his injuries) played from 1930-1950 as the shortstop for the Chi Sox. As a solid leadoff hitter, he was famous for being able to intentionally foul off pitches until receiving the pitch he wanted to smack into the field for a hit. If you count his fouling off pitches totals, he might have had more career hits than Pete Rose! He won the AL batting crown twice, one time batting an astounding .388 (1936). The seven-time All Star finished with a .310 lifetime average and a career total of 2,749 hits, which happens to be 53rd on the all time list. He was also selected as the White Sox's greatest player by the Chicago fans, which would explain why he has a plaque in the Hall of Fame since 1964.

Hey baseball fans!As you all know, I've started doing some vlog posts where I make different predictions.  Well, since the MLB regular season is now over, I have to make my predictions on who will win all the major MLB awards.  So, without further ado, please click here for a link to my latest vlog post, where I predict who will win all the MLB 2013 awards. If you don't agree with my picks, please leave me a comment. 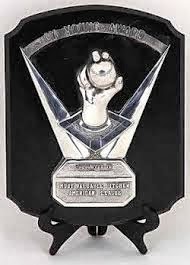 And check back again real soon for more of "all the buzz on what wuzz."
Posted by Matt Nadel at 4:37 PM 2 comments:

I just put up my latest post in the Kids' Hot Korner section of New Jersey Baseball Magazine. This one is about Ozzie Smith, one of the greatest defensive shortstops ever and a Hall of Famer. If you want to read more about Ozzie, just click here. 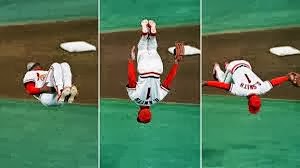 Thanks for reading the article. I hope you enjoyed it. Check back in a few days for more of "all the buzz on what wuzz."
Posted by Matt Nadel at 8:56 PM 1 comment:

I just put up another ML"what would"B post on More Than a Fan. In every ML"what would"B alternative history post, I discuss what would have happened if a famous event in baseball history had gone differently than it did in reality. For my latest post, I wrote what would have happened if Jorge Orta been called out in the sixth game of the 1985 World Series between the Royals and the Cards. If you want to know the answer, just click here. 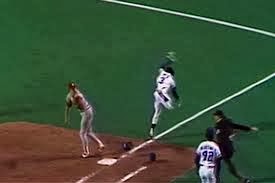 Hope you enjoy the post and thanks for reading it. Check back in a couple of days for more of "all the buzz on what wuzz."

Posted by Matt Nadel at 2:41 PM No comments: