The 2020 playoffs are officially here, with a few notable curse-breakers in the bracket. The Marlins, White Sox, and Padres all snapped massive playoff droughts when they clinched playoff berths this season, with the Marlins and Padres going from last place in their respective divisions in 2019 to the postseason in 2020. Worst-to-first teams have become more common in baseball with the popularity of free agency and the rise of analytics, but I want to talk about the first worst-to-first teams in baseball history, the 1991 Atlanta Braves and Minnesota Twins. That's right: they did it in the same year and, get this, both made the World Series that year.

Before the Braves won 14 straight division titles from 1991-2005, they were a struggling franchise in the National League West. They finished the 1990 season with a 65-97 record, good for last place. They had pieces, like star pitchers Tom Glavine and Steve Avery, but Greg Maddux was still in Chicago at this time and John Smoltz wasn't the Hall of Famer we all know and love. So, the Bravos went to free agency. Terry Pendleton, a third baseman for the Cardinals, happened to be available, so Atlanta signed him. Boy, what a move, that was. Pendleton would go on to win the 1991 NL MVP by leading the Senior Circuit in hits (187) and batting average (.319). Hall of Famer Tom Glavine made his first All Star Game, won 20 games, and grabbed the 1991 NL Cy Young Award. The rest of the Braves did really well, too, winning 94 games and the NL West by a single game over the Dodgers. They then beat the Pirates in the NLCS to advance to the franchise's first World Series since 1958, where they would face the Minnesota Twins.

The 1990 Twins, three years removed from a World Series title, disappointed the Land of 10,000 Lakes, only winning 74 games and finishing in the basement of the AL West. Then, in the offseason, they signed slugger Chili Davis and the winningest pitcher of the 1980s and St. Paul native, Jack Morris. They also brought up speedy second base prospect Chuck Knoblauch. Alongside Hall of Famer Kirby Puckett and Twins legend Kent Hrbek, these new stars flourished. Davis hit 29 homers and drove in 93 runs, Morris won 18 games, and Knoblauch stole 25 bases and won AL Rookie of the Year. Couple those stats with solid seasons from Puckett and Hrbek, and the '91 Twins were in business from the get-go. They won 95 games, the AL West, and the AL pennant, setting up the first all-worst-to-first World Series. 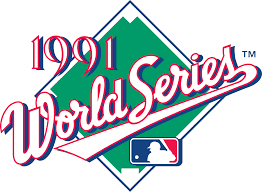 The 1991 World Series is ranked by many, including myself, as the top edition of the World Series in baseball history. Five games were decided by one run, four were decided in the final at-bat, and three went to extras. Was this World Series primed to be this good because of the way the teams got to it? I certainly think so. Thanks for reading this post and I hope you enjoyed it. Check back soon for more of "all the buzz on what wuzz."

Posted by Matt Nadel at 2:30 PM No comments:

Myself and two of my college friends have started a baseball podcast. It's called "Baseball for Breakfast," with new episodes releasing every Monday morning for the foreseeable future. Click here to access all our episodes so far. We're really excited for you to listen!

So, why did we start a podcast? Well, me and my friends, Brendan and Logan, love baseball, but as you could probably guess, have different opinions going across all topics relating to America's Pastime. We figured it would be quality entertainment to listen to us bicker for an hour about who knows what in the world of baseball. What you could also probably guess is that I'm the historical perspective on "Baseball for Breakfast," using my knowledge of baseball history to win arguments spanning generations of baseball fans. So, I figured for this post, I would go into greater detail about our last podcast topic from a historical point of view. If you want to hear the full episode before reading this post, click the hyperlinked words in the first paragraph of this blog post.

So the topic of the most recent episode of "Baseball for Breakfast" was the rule changes for the 2020 season. We discussed things like the seven-inning double-headers, the universal DH, the expanded playoff format, and the hastened extra innings. For the most part, we as a trio like the changes for this season alone and don't want to see these same rule changes in future seasons. The only rule we all like for the rest of the MLB's existence is the universal DH. The designated hitter has been a position in a baseball lineup going as far back as 1973, when Ron Blomberg of the Yankees became the first DH in baseball history. The DH, solely a rule in the American League, was originally implemented because of the crazy pitching years of the late 1960s, a la Bob Gibson posting a 1.12 ERA in an absurd 1968 year for pitchers across Major League Baseball. The situation is much different today, as home runs have exploded in recent years, but the DH rule for the National League would, as I said in the podcast, homogenize the league. Baseball is the only American professional sport with a noticeable rule differentiation that alters the play between conferences. There's no four-point field goal in the NFC, nor is there s two-point foul shot in the NBA's Eastern Conference. Giving the NL the DH would stabilize lineups across the Senior Circuit and will even out claims that the NL is the "better pitching league," but only in theory.

The only other rule change I'll go into for this post is the expanded playoff format. For the 2020 season, eight teams from each league will make the postseason, by far the most for a single postseason in MLB history. I don't like the rule going forward, but commissioner Rob Manfred has said that the expanded playoffs are here to stay, so I might as well criticize the decision. Baseball has probably the least equality among its teams out of the over 120 teams in America's four biggest sports. What I mean by that is big-market and small-market teams are much more pronounced in baseball. In addition, the MLB is the Big Four sport where the one seed is least likely to make the championship round. So, having an expanded route to the World Series would give teams that don't generally compete a chance to wreck the league's powerhouses. A perfect example of this is seeing the Marlins in the postseason picture this year. For all we know, they could win their third World Series in franchise history this year. This move would make the World Series trophy a true dogfight, which I personally don't want to see, but will try to accept when the rule change becomes permanent and official. 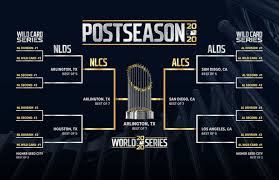 Again, make sure to check out our podcast, "Baseball for Breakfast." You can get it anywhere you normally listen to podcasts. And while you're at it, let me know what you think of the 2020 MLB rule changes. Thanks for reading this post and I hope you enjoyed it. Check back soon for more of "all the buzz on what wuzz."

Posted by Matt Nadel at 9:36 AM No comments:

From 1946-2015, the Chicago Cubs failed to win the National League pennant. We can blame their struggles on a plethora of factors, but the Cubs actually sported some great players during that span. Here are my top five Chicago Cubs Hall of Famers during their grueling World Series appearance drought.

The one major rule for this post is that the player has to go into the Hall as a member of the Cubs. Maddux and Dawson each won awards in the Windy City, but the Braves and Expos logos on their Hall of Fame plaques means they are disqualified from this list.

Ron Santo was a staple at third base in Wrigley Field throughout the 1960s and early 1970s. Santo played his entire career in Chicago (his last year was with the White Sox), making nine All Star Games in his 14-year Hall of Fame career. Although his .277 batting average is subpar for Hall of Fame standards, his on-base percentage of .362 certainly isn't. In fact, Santo led the NL in walks in four seasons and regularly posted over 90 walks a season. If he wasn't hampered by the strains of Type 1 Diabetes, who knows what this Cubs legend could've additionally accomplished?

It's hard to separate Santo and Williams apart, considering their primes with the Cubs coincided almost perfectly. But Williams gets the edge in several ways, all of which have to do with his seasonal averages. From his Rookie of the Year season in 1961 to his last All Star Game in 1973, Billy Williams averaged 183 hits, 29 homers, and 98 RBIs a season. To put up that kind of consistency definitely gets a hitter on this type of list. The fact that Billy was a fan favorite only solidifies his spot at #4.

After the days of Santo, Williams, and the next two guys on my list, the Cubs needed a player to rally around. Besides Andre Dawson and Greg Maddux, that player was Ryne Sandberg. The 1984 MVP and ten-time All Star (all of them consecutive), Ryno was the typical five-tool player. Throughout his career, he had seasons with at least 180 hits, 25 home runs, 30 stolen bases, and/or 100 RBIs. He was also a a Gold Glove second baseman, winning the award nine times in nine years.

The only pitcher on my list, Fergie Jenkins certainly had a career to remember in Chicago. In his twelve years with the Cubs, he posted a win-loss record of 167-132, an ERA of 3.20, and 2,038 strikeouts. For his career, the first Canadian-born Cooperstown resident and 1971 NL Cy Young recipient sits in twelfth place on the all-time strikeouts list, with 3,192 career K's.

Was it going to be anyone else? Mr. Cub was the Cubs from 1953-1971. He won back-to-back MVPs in 1958 and 1959, averaging 46 home runs for those two years. He topped 40 homers in a season three other times, finishing his career with 512 of them, currently good for 23rd on the all-time list. One of the greatest shortstops of all time, the positive attitude of Ernie Banks never failed to cast a smile on Cubs fans. As he used to say, let's play two! 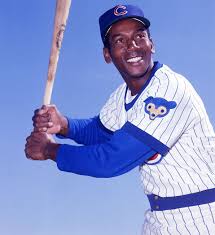 Do you agree with my list? Let me know in the comments section below. Thanks for reading this post and I hope you enjoyed it. Check back soon for more of "all the buzz on what wuzz."

Posted by Matt Nadel at 3:59 PM No comments: