Left Fielder: Rickey Henderson
Height: 5'10''
Weight: 180 pounds
Why? The Man of Steal sure was given the correct nickname; he has the most steals of all time at 1,406 and he also holds the record for most career runs scored. He was always a threat on the base paths, despite his size and he never let anything stop him from being the best. He even had 3,055 career hits. He was just a monster all over the field, whether in the outfield or speeding across the bases. By the way, here's the live interview I did of Rickey last year at the Hall of Fame Classic.
Honorable Mention: Stan Musial 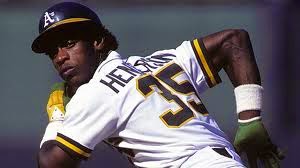 Center Fielder: Willie Mays
Height: 5'10''
Weight: 180 pounds
Why? A lot of people would probably not expect the Say Hey Kid to be on this list because a lot of people expect him to be fairly tall. However, he was probably the overall best ballplayer in baseball history who is under six feet tall and one of the best of all time irrespective of his size. He is one of four players with 500+ home runs (660) and 3,000+ hits (3,283) and he even batted over .300 lifetime (.302). He was the quintessential five-tool ballplayer because he could hit, hit for power, run, field, and throw. You really can't ask for much else.
Honorable Mention: Kirby Puckett 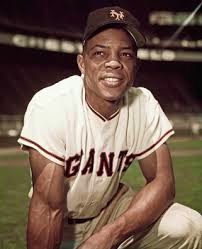 Right Fielder: Willie Keeler
Height: 5'4''
Weight: 140 pounds
Why? Easily the shortest player on the "All-Small Hall" team, Keeler was a master with the bat. "Wee Willie," as he was nicknamed, really knew how to "hit 'em where they ain't"and collected 2,932 hits during his career in the 1890s and early 1900s. His lifetime batting average was a whopping .341, which just so happens to be 14th on the all time list. And he basically never struck out (only 136 K's over 8,591 at bats).
Honorable Mention: Mel Ott

Sadly, we have arrived at the end of the posts about the "All-Small Hall" team. However, soon, I will be announcing who is on my "All-Tall Hall" team, so expect those posts. Anyway, thanks for reading this series. I hope you enjoyed it and check back soon for more of "all the buzz on what wuzz."