Now that you know what exactly the "All-Small Hall" team is, let me introduce you to the ASHT's starting pitcher and catcher.

Pitcher: Eddie Plank
Height: 5'11''
Weight: 175 pounds
Why? There are not a lot of pitchers who qualified to be on the "All-Small Hall" team, but out of the people who did, Plank barely pushed ahead of Pud Galvin to take the starting job. Gettysburg Eddie won 326 career games (and lost only 194) over his 17-year career in the early 1900s. His career ERA of 2.35 may seem like the stuff of legends, and in fact Plank's career was quite legendary.
Honorable Mention: Pud Galvin (FYI, here's my previous blog post on Galvin.) 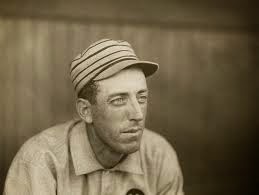 Catcher: Yogi Berra
Height: 5'7''
Weight: 185 pounds
Why? Berra may have been small at first glance, but his personality proved otherwise. The always-talkative Lawrence Peter Berra had a great career with the Yankees (mainly) and Mets from 1946-1965. The 18-time All Star, 10-time World Series champ (a record) and three-time AL MVP hit 358 home runs and drove in 1,430 runs during a career that is always mentioned in conversations about the greatest catchers in baseball history. (By the way, here's my interview with Yogi.)
Honorable Mention: Roy Campanella

So, this is the end of the first post about my "All-Small Hall" team. Thanks for reading this post and I hope you enjoy this series. Three more posts about the ASHT are coming, so check back soon for more of "all the buzz on what wuzz."