The 2021 Baseball Hall of Fame inductees will be released later TODAY! So, as is customary on Baseball with Matt, here's my *unofficial* ballot.

I've already discussed why I think Todd Helton and Jeff Kent deserve to be in the Hall (click on their names to see my posts about them), so naturally, they're on my ballot this year. But, as a quick summary, Helton's seasonal averages and synonymy with the Colorado Rockies organization and Kent's unique second baseman power are the reasons why they should have permanent residencies in Cooperstown. According to ballots that have already been released, both Helton and Kent aren't polling well, but even if this was a post about predicting who will eventually be in the Hall out of the players on the ballot this year, I would still include Helton and Kent in that conversation. A lot of my Hall of Fame criteria is based on precedence, so naturally, the topics of who I think should be a Hall of Famer and who I think will be a Hall of Famer are quite similar.

This is actually my shortest ballot to date because I only have one other guy on it, and that's Billy Wagner. The longtime closer with a better WHIP than Mariano Rivera (0.998 compared to 1.000) has never gotten the love he deserves, nor have most closers besides Mo. But the bottom line is that closers are a necessary part of the game, so although they don't provide a lot of value, a good closer is a good closer. Period. And Wagner was a great closer. He's sixth on the all-time saves list with 422 and his 2.31 ERA is tops among anyone with over 300 career saves besides The Sandman and Craig Kimbrel and the ERA+ of Wagner and Kimbrel are only 1 point apart (187 for Billy and 188 for Craig). I just think closers are grossly underrated, especially in the Age of the Bullpen. Although Wagner was no Trevor Hoffman, his numbers speak for themselves. He deserves induction.

I don't usually do this, but I want to talk a little about the guys who I'm not voting for. I had Curt Schilling on my ballot for a long time and you can go through my previous editions of the "If I Had A Hall of Fame Ballot" series to verify that information. He's a Hall of Famer on paper, for sure, but his politics tell a different story. The character clause that Hall of Fame voters are supposed to abide by is vague on purpose and I don't think there should be explicit statistical hurdles that keep a player out of the Hall. But Schilling won't shut up. It would be one thing if he was just annoying on social media, but the stuff that he says is unfiltered and careless. I don't care if he has political beliefs that aren't liked; Mariano is a known Trump supporter. It's about wielding the power as a celebrity that can mess up your chances in my book. Yes, half of the personalities in the Hall of Fame were extremely bigoted, but they didn't have social media. Schilling does and he's using it like an idiot. We'll see if he can curtail this behavior for next year's voting, which I think he'll be a part of, but as of now, Curt Schilling is not on my ballot.

And finally (because you know how I feel about steroid-users), we have the fielders. Scott Rolen, Omar Vizquel, and Andruw Jones are all eligible this year and would all be Hall of Famers because of their gloves. All three do, in fact, have considerable cases when looking at their advanced defensive metrics, but the Hall of Fame isn't convinced that defense matters. This is because offensive WAR generally outweighs defensive WAR for all players, even for Rolen, Vizquel, and Jones. So why even look at their defense, right? Well, if Hall of Fame legitimacy was solely measured on value, then Mariano Rivera wouldn't be a Hall of Famer. That's why I don't love WAR so much when it comes to talking about the Hall. Besides Joe Morgan, you can make the case for every Hall of Famer without using it. On top of that, skill is just as important for the Hall as value is, maybe even more. My only problem with the trifecta of fielders I'm talking about in this paragraph is that I'm just not as familiar with defensive statistics as I am with offensive ones. So, for that reason, I don't feel comfortable putting them on my ballot. And especially with Omar Vizquel's ongoing domestic violence issues, I'm glad he's not on my ballot anyway.

Who do you think should be in the Hall of Fame in 2021? Leave your thoughts in the comments section below. Thanks for reading this episode and I hope you enjoyed it. Check back soon for more of "all the buzz on what wuzz."

Posted by Matt Nadel at 7:22 AM No comments: 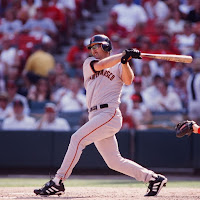