Because the Super Bowl is in one week, everyone is comparing the New England Patriots and Atlanta Falcons to predict who will win the game. I, however, have a different technique. Instead of looking at these two teams in depth, I looked at their MLB counterparts to see which of those teams is better. So, who's better, the Red Sox or the Braves?

Category One: Overall Winning Percentage
The Sox have been around since 1901 and have won a handful of games during its 116-year history, 9,317 to be exact. Couple that with the franchise's 8,707 all-time losses, and you have a .517 winning percentage. The Braves, on the other hand, have an all-time record of 10,438-10,432, which puts their winning percentage right around .500. After category number one, the Sox are up, 1-0.

Category Two: Head-to-Head Winning Percentage
These teams have never clashed in the World Series, but they've played each other in interleague play plenty of times. The Red Sox hold the advantage, however, winning 35 of the 66 head-to-heads. Sox two, Braves nada.

Category Three: Hall of Famers
Both of these teams have been around for a long time, so they have a ton of Hall of Famers each. The Braves have twelve, highlighted by guys like Hank Aaron and Greg Maddux. The Red Sox have thirteen, as legends such as Ted Williams and Jimmie Foxx wear the Red Sox logo on their hats on their plaques in Cooperstown. The Red Sox are up 3-0, so one more categorical victory for Boston will secure the Patriots' fifth Super Bowl.

Category Four: World Series Championships
What better way to determine which of two teams is better than by looking at how many times they've won the big one. The Braves have three World Series trophies and won each in a different city: Boston (1914), Milwaukee (1957), and Atlanta (1995). The Sox have won eight World Series, despite their 86-yearlong drought. Well, that settles is. Sox win, 4-0.

Sorry Falcons fans, but it looks like the Patriots will win the Super Bowl. It's safe to say that the Tom Brady-led Patriots will never lose a Super Bowl again because the Red Sox are so good, unless they face the Giants (again) because the Yankees are better than the Sox on any day of the week. Don't believe me? Well, I did a post just like this which settles the whole "Red Sox are better than the Yankees" debate, which you can read by clicking here. Thanks for reading this post and I hope you enjoyed it. Check back soon for more of "all the buzz on what wuzz."
Posted by Matt Nadel at 6:51 PM 1 comment:

Congratulations to all who were elected into the MLB Hall of Fame on Wednesday! Here are my thoughts on the vote in general:

I'm really happy about...
Jeff Bagwell and Ivan Rodriguez receiving enough votes to get elected. Bagpipes is one of the top two hitters in Astros history (along with Craig Biggio) and should've been a first-ballot Hall of Famer and Pudge was one of the most dominant catchers of his era. Those were no-brainer shoe-ins. 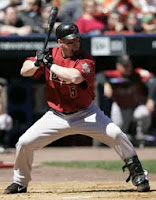 I'm indifferent about...
Tim Raines. I know his stats are great and he is one of the best base-stealers of all time, but I've always been on the fence about him being in the Hall. Maybe it's because he's been on the ballot for so many years and hasn't gotten the votes. But I'm not going to say that he doesn't deserve the induction because I didn't get to see his electrifying speed in real time. To be frank, I think I'm the wrong person to be judging Raines on whether or not he should be in Cooperstown, but good for him that he's in. 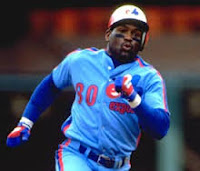 I'm outraged at...
How Trevor Hoffman and Vlad Guerrero didn't get in. Seriously, how? Hoffman is one of two closers ever with 600+ saves and Guerrero batted .318 lifetime with 449 home runs in just 16 years! I think Guerrero will get in sooner rather than later, but I'm not too sure about Hoffman, which scares me slightly. If the legendary member of the Padres doesn't get the required 75% in 2018, then he'll have to be compared with Mariano Rivera in the 2019 vote, which is a battle that the Sandman will definitely win. All I'm saying is Hoffman deserves a plaque and I don't see any argument against that. 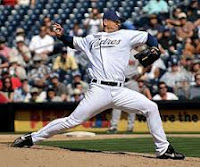 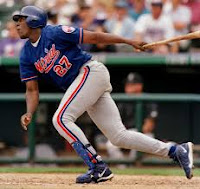 Why in the world...
Is Edgar Martinez not in the Hall by now? There is an annual award named after him that is given to the best DH and he was the best DH ever at the time of his retirement! But even besides those obvious reasons, he batted .312 during his career and helped revamp the Seattle Mariners franchise! It just doesn't make sense to me.

With respect to Bonds and Clemens...
The voters made the right decision.

Do you agree with my thoughts or disagree? Write what you think down in the comments section. Thanks for reading this post and I hope you enjoyed it. Check back soon for more of "all the buzz on what wuzz."
Posted by Matt Nadel at 1:23 PM 1 comment:

A while back, I had a series on a website called More Than A Fan called ML"what would"B, where I would analyze a "what-if" scenario in baseball history, like what if the Yankees had won the 2004 ALCS. Well, I haven't done it in a while, so I decided to bring it back on Baseball with Matt. In this edition of ML"what would"B, let's see what would've happened if a certain Venezuelan slugger hadn't gotten traded from an NL East team named after a fish.

Miguel Cabrera was one of the best up-and-coming hitters in baseball, but following the 2007 season, the Marlins decided to trade him to the Tigers, where he would become the Triple Crown-winning Miguel Cabrera we all know and love today. But what if the Marlins hadn't traded him?

Well the first major change would be that Miggy never plays first base, because the Marlins have a great slugger at first in Mike Jacobs, but they also have Jorge Cantu at third, so Cabrera is put permanently in the outfield. This turns out great for the Marlins, because now they don't have to replace their sluggers with another slugger for the '08 season. Jacobs and Cantu hit 32 and 29 homers respectively during 2008, so putting Miggy's 37 homers at either position wouldn't have made much sense. But those 37 homers do pay huge dividends for the Marlins' record that season, as the team goes 92-70, good enough for the NL Wild Card spot. They would be knocked out by the Phillies in the NLDS, but with this great power-hitting Marlins squad, Jacobs is never traded to the Royals the following season and his power numbers don't dip.

The 2009 Marlins do even better than in 2008, with the help of batting champ Hanley Ramirez and 34 homers from Jacobs and Cabrera each. Their 97-65 record gets them all the way to the World Series, where they face the Yankees. There, they get absolutely humiliated in a sweep due to a lack of a good pitching staff. This is immediately solved when Florida is greeted by a soon-to-be retiree in the form of Roy Halladay during free agency, who wins the 2010 NL Cy Young award. Partner that with great seasons from Miggy, Jacobs, and Dan Uggla and the emergence of Giancarlo Stanton and the 2010 Marlins finish the season with 95 wins, which is good enough to win the NL East by one game over the Phillies. Florida powers through the NL playoffs, but loses its second consecutive World Series, this time to the Rangers and their AL MVP Josh Hamilton.

After an off 2011 season, the Marlins are looking to once again be a winning team. With the help of a stadium and branding change and the addition of Prince Fielder in the offseason, the Marlins explode for 98 wins, the best record in the NL, as Miguel Cabrera finishes the season with the first Triple Crown since 1967. Miami goes to the World Series where they face...the Yankees! Wait, but what happened to the 2012 AL champion Detroit Tigers, you ask? Well, they don't have Miggy or Prince, so they've been a laughingstock in the AL for years now. Anyway, because of postseason slumps by stars like Robinson Cano and Nick Swisher, the Marlins capitalize and win the franchise's third World Series! And they don't have to ship out their good players after this championship because they actually have a solid attendance record after being good for so many years! Huzzah! What can I say? Anything can happen, here in the ML"what would"B.

The NFL playoffs start today! In honor of this momentous occasion, it's time to learn about one of the greatest MLB All Star Game performances ever. It just so happened that this performance came from a dual athlete.

Bo Jackson was arguably a better football player than a baseball player, but he actually made each sports' All Star Games. Jackson's lone MLB All Star Game appearance came in 1989, a season in which he went on to hit a career-high 32 home runs and collect a career-high 105 RBIs while playing for the Royals, so his All Star nod was very well-deserved. In the 1989 All Star Game, Bo did absolutely amazing.

Jackson led off the ASG with a gargantuan home run that landed in the center field tarp at Anaheim Stadium, 448 feet away from home plate to be exact. It's one of the farthest homers ever hit at an All Star Game. In his next at-bat, Bo grounded into a force out at second base, but still drove in a run. He then proceeded to steal second base, becoming the second batter in MLB history to hit a home run and steal a base in the same All Star Game, the first being Willie Mays. And in his next at-bat, Jackson singled to center field. He would finish the day going 2-4 with two RBIs, a home run, a stolen base, and an All Star Game MVP Award.

What an amazing performance by Bo Jackson in the '89 Midsummer Classic. If only he made more of those during his MLB career. Thanks for reading this post and I hope you enjoyed it. Check back soon for more of "all the buzz on what wuzz."
Posted by Matt Nadel at 4:26 PM 1 comment: