Relocation happens to teams all the time and sometimes, the fans from the original cities still root for the team that now plays in a different city. Need some examples? Well, here you go.

DC residents wearing Twins' and Rangers' gear?
Technically, Walter Johnson played for the Twins organization, even though he never set foot on a Minneapolis mound. The Minnesota Twins were originally the Washington Senators and played in our nation's capital until 1961, when they moved way up north to Minnesota and became the Twins. Senators fans didn't have to worry for long, as a new incarnation of the Senators joined the MLB in 1961. They were only there until 1971 and then moved to Texas to become the Rangers. 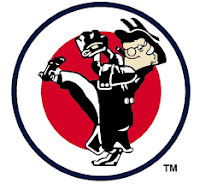 New Yorkers wearing "Kershaw" and "Bumgarner" jerseys?
Dodgers and Giants fans don't all come from California. Most of the older fans of those teams lived in New York City. Thats's right: before Los Angeles and San Francisco, it was Brooklyn and New York, respectively, for the Dodgers and Giants. Some of the greatest players to ever play on those teams like Jackie Robinson or Christy Mathewson never played out west, instead wowing fans in the concrete jungle where dreams are made of.

An Orioles fan living across the street from a Brewers/Cardinals fan?
The Orioles are an original AL team, coming into baseball in 1901 as the first Milwaukee Brewers, but quickly moved to St. Louis in 1902 and were known as the Browns until the franchise moved to Baltimore prior to the 1954 season. The Browns had little success, only winning one AL pennant in St. Louis in 1944 and, lost the World Series to, you guessed it, the Cardinals. 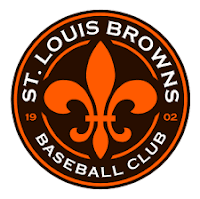 A's fans eating cheese steaks and Kansas City barbecue?
The Oakland A's weren't always playing their games in the Bay Area, but actually started out in Philadelphia in 1901 as the A's. They then moved to Kansas City for the 1955 season until 1967, only coming to Oakland in 1968.

Braves fans watch their team with beans and/or cheese?
The Boston Braves played in Boston until 1952; they played in Milwaukee until 1965; and they've been in Atlanta ever since. Actually, the Braves have the unique distinction of being the only major American sports team to win exactly one championship in three different cities and won those World Series in 1914, 1957, and 1995. 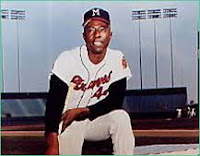 Nats fans speak French?
The Washington Nationals were originally from Montreal and were known as the Expos until the 2005 season, when they moved to DC. Expos fans miss their team so much that, to fill the void, there have been talks of future MLB expansion to Montreal. 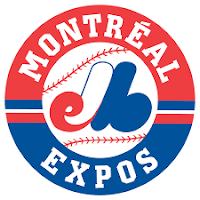 Watching Brewers games on the Space Needle?
The Brewers were actually founded as the Seattle Pilots in 1969, but only stayed there for one year.

Ask your grandparents if the team they root for now was the same team they rooted for when they were kids. You might be surprised at their answers. Thanks for reading this post and I hope you enjoyed it. Check back soon for more of "all the buzz on what wuzz."
Posted by Matt Nadel at 8:13 PM No comments:

The Cleveland Indians have been under much scrutiny in recent years over their derogatory name and mascot. Pair that with the MLB's push for a more marketable league and it got me thinking: "What teams could use a name change to amp up their marketability?" To answer my own question, here are five of them.

Team #1: Philadelphia Phillies
New Name: Philadelphia Liberty
Why? The MLB is lacking in singular team names (I would say teams that don't end in "s," but there are the Red and White Sox) and what creativity comes in naming the team based solely on the name of the city in which they play? Although this name is already taken by the WNBA's New York Liberty, Philadelphia is as patriotic of a city as NYC. Also, the Phillie Phanatic in a triangular, Revolution-styled hat would be very cute. 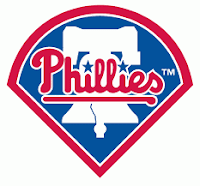 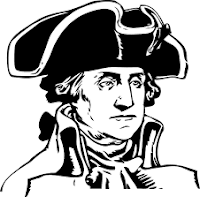 Team #2: Oakland Athletics
New Name: Oakland Leviathans
Why? Oakland's saltwater lake, Lake Merritt, has its own sea monster nicknamed the "Oak-ness monster." What a marketing opportunity for the ages for Oakland. 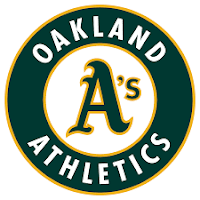 Team #3: Pittsburgh Pirates
New Name: Pittsburgh Ironsmiths
Why? They're called the Pirates because in 1880, they "pirated" a player from the A's, so they need a name change. The "Steelers" is already taken by one of the most successful NFL teams in football history, but steel is made partially of iron and, in my opinion, "Ironsmiths" sounds cooler anyway. With that being said, Pittsburgh is home to the most bridges of any city in the world and has more public staircases than even hilly cities such as San Francisco and Cincinnati. What material is in those railings? Iron, of course. 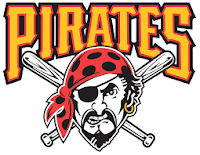 Team #4: Minnesota Twins
New Name: Minnesota North Stars
Why? The hockey team of the same name moved to Dallas and are now known as just the Stars, but this name is infinitely better than "Twins." 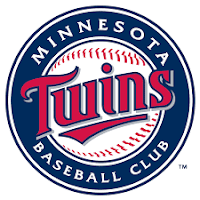 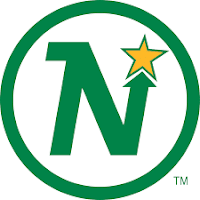 Team #5: Cleveland Indians
New Name: Cleveland Hammers
Why? I'll end this post with the team I talked about at the beginning. For obvious reasons, Cleveland must scrap their old name. The name "Hammers" shows the city's industrial, hard-working aspect. Also, selling blowup hammers at the game for kids to play with would make some nice money for the boys in the Cleveland front office. 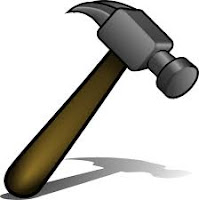 What other teams need a name change? Leave your thoughts in the comments section below. Thanks for reading this post and I hope you enjoyed it. Check back soon for more of "all the buzz on what wuzz."
Posted by Matt Nadel at 7:54 PM 3 comments:

Baseball, like every sport, has expanded over the years. With more teams comes more playoff spots and with more playoff spots comes the Wild Card. The Wild Card team is the top team in each league  who didn't finish in first in a division. The Wild Card was first used for the 1995 MLB season and was expanded to two teams for the 2012 season and onward. Now, the two Wild Card teams in each league play a one-game playoff to decide who will face the number one seed in the AL and NL Division Series. But those are only just some of the many fun facts the MLB Wild Card has to offer, so here are some more:

Fact #1: Like I said before, the Wild Card was implemented for the 1995 MLB playoffs (but was going to be used in 1994 had there not have been a playoffs-cancelling strike). The Yankees and Rockies were the first Wild Card teams in AL and NL history, respectively, but both were knocked out of the playoffs in the first round.

I personally love the Wild Card because it makes the postseason that much more unpredictable and thus, more exciting. Thanks for reading this post and I hope you enjoyed it. Check back soon for more of "all the buzz on what wuzz."
Posted by Matt Nadel at 10:31 AM No comments: 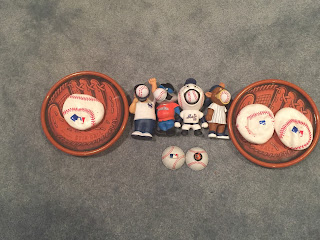 Thanks for watching the video and I hope you enjoyed it. Check back soon for more of "all the buzz on what wuzz."
Posted by Matt Nadel at 12:22 PM 2 comments: