Although batting averages have decreased on average ever since Hall of Famers like Ted Williams and Stan Musial retired, there are a number of notable contact hitters of the last 60 years that I'd like to point out. Yes, I am aware of the "Chicks Dig the Long Ball" philosophy, which states that homers are the quickest and easiest way to score runs and win games (which is exactly how I manage my franchises on MLB The Show 20) but, as I've said before, batting averages keep innings going. So, let's look at some of the best hit collectors since the 1960's.

Tony Gwynn
Mr. Padre and Captain Video, two of the most underwhelming nicknames for a Hall of Famer, but nicknames that are well-deserved by the 15-time All Star. Gwynn is the best hitter the San Diego Padres franchise has ever seen, contributing immensely to both of the Friars' NL pennant-winning seasons of 1984 and 1998. But to get statistical, Gwynn was the king of watching tapes of opposing pitchers and ball placement, giving him a career batting average of .338, the highest lifetime batting average of the latter half of the 20th century. Gwynn won eight batting titles (four of them consecutive when he was ages 34-37) and finished his career from 1982-2001 with 3,141 hits. 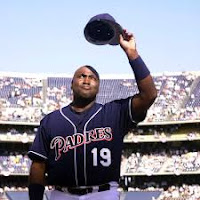 Wade Boggs
One of the greatest hitters in Red Sox history, which is certainly saying something, Boggs began his career in Fenway with five batting titles in his first seven years. He would go on to post a .328 lifetime batting average with 3,010 hits. He was a 12-time All Star who was so feared as a contact hitter that he led the AL in intentional walks for six consecutive seasons from 1987-1992. In his 18 Major League seasons, Boggs only batted under .300 in a season three times.

Rod Carew
Carew is one of my favorite hitters and Hall of Famers in baseball history because he's the greatest contact hitter in the history of two different franchises. From 1967-1978 with the Twins, he averaged 174 hits a season and never missed an All Star Game. With the Angels from 1979-1985, despite injuries, he posted a batting average of .314. One of the greatest hitters to never win a World Series, Carew finished his career with 18 All Star years, a .328 batting average, and 3,053 hits.

George Brett
You can't talk about the 1980s in baseball without mentioning Mike Schmidt's third baseman AL counterpart, along with Wade Boggs, of course, but Brett and Schmidt each won the MVP in 1980 and faced off in the 1980 World Series, so the two are pretty comparable. The best hitter in Royals history, Brett collected 3,154 career hits in 21 years from 1973-1993 and posted a .305 batting average during the span. That 1980 year in particular was his best, batting an astounding .390 while leading the AL in OPS (1.118). He couldn't help Kansas City vanquish the Phillies in 1980, but he did help the Royals win the franchise's first World Series five years later.

Kirby Puckett
Easily the most underrated hitter in this post, Puckett was an unstoppable force in the hitting department from 1984-1995, averaging a staggering 192 hits in his tenure with the Twins. He posted a .318 batting average that could've been better had he not retired early due to health concerns. Ironically, though, it's his walk-off home run in Game Six of the 1991 World Series that is his most memorable moment, a moment that only heightens the status of the '91 Series as one of the greatest ever.

Derek Jeter
A lot of people would say that Jeter is the best contact hitter I'm including in this post, even though I think it's Gwynn just based off of career batting average, but Jeter was the man. He's sixth all time in career hits at 3,465, while his .310 lifetime batting clip ain't too shabby, either. The reason why Jeter is so highly-regarded is his leadership of five World Series championship teams and 14 All Star appearances. He never won a batting title, but he led the AL in hits twice (in 1999 with 219 and in 2012 with 216).

Before I end this post, I'd like to give a quick shout-out to Vladimir Guerrero, who batted .318 lifetime, but wasn't included in this post because he had some pop in his bat, too. Still, though, what a batting average! Anyway, thanks for reading this post and I hope you enjoyed it. Check back soon for more of "all the buzz on what wuzz."
Posted by Matt Nadel at 11:03 AM No comments:

There are four particular Hall of Famers that are often known more for their resilience (sociopolitically and physically) than their abilities at playing baseball. Today, I shall attempt to correct these beliefs by talking about how Jackie Robinson, Larry Doby, Cal Ripken Jr., and Lou Gehrig were so great at hitting baseballs, in addition to their other accolades.

Jackie Robinson
It feels fitting to talk about Robinson first, not just because Jackie Robinson Day, April 15, saw no baseball this year, but also because Robinson's achievement is the most important. On April 15, 1947, Jackie Robinson broke the color barrier, becoming the first black player in MLB history. His number 42 was retired across baseball in 1997 to honor such an amazing feat, but I'd hate to talk about Jackie without mentioning his stats. Robinson actually won Rookie of the Year in 1947 (an award that later was named after him) and the National League MVP two years later. For his career, which was played entirely in Dodger blue, the six-time All Star batted .311 with with an average of 151 hits and 20 steals a season. He only played from 1947-1956, but was elected to the Hall in his first year of eligibility, 1962, with 77.5% of the vote.

Larry Doby
About two months after Robinson made history in Brooklyn, it was the American League's turn to integrate. On July 5, 1947, Larry Doby became the first black player in American League history, when he pinch hit for the pitcher in the top of the seventh in an Indians-White Sox game in Chicago. Sure, he struck out during that at-bat, but Doby would go on to become one of the AL's most feared hitters of the '50s. The seven-time All Star hit 20 or more homers in eight straight seasons from 1949-1956, and came in second in the 1954 AL MVP voting to Yankees catcher Yogi Berra. Doby batted .283 during his 13-year career, making the Hall of Fame via the Veteran's Committee in 1998.

Cal Ripken, Jr.
The man who holds the record for most consecutive games played at 2,632 had all the chances in the world to be great, so thank goodness he capitalized. I'm of course kidding, but Ripken was really one of the best hitters of the last fifth of the 20th century. He made 19 straight All Star Games from 1983-2001, winning MVPs in 1983 and 1991 along the way. He collected 3,184 hits during his career, all in Baltimore, and even smacked 431 career homers out of the yard. The moment when he broke Lou Gehrig's record for consecutive games played is considered one of baseball's best moments, but never forget how grand of a shortstop Ripken was. He was, truly, the Jeter before Jeter.

Lou Gehrig
And last but certainly not least, we have the greatest first baseman in baseball history. No, I don't dub him this because of his 2,130 consecutive games played record that stood for almost 60 years or the disease that is named after him. Gehrig was a machine. Sure, Ruth was better, but the Yankees don't win championships in 1927, 1932, or 1936-1938 without "Larrupin' Lou." Gehrig played for 17 years, but if you look at the 14 years in which he played more than just a handful of games in a season, he averaged 193 hits, 35 homers, and 142 RBIs a season, along with a .340 batting average! His 1.0798 career OPS is third all time, only to Ted Williams and the Bambino, while his 1,995 RBIs are seventh all time. Could you imagine if he didn't have ALS? He might've turned into the best player ever, and that's coming from a guy who thinks George Herman Ruth is the best hitter the MLB has ever seen.

Thanks for reading this post and I hope you enjoyed it. Check back soon for more of "all the buzz on what wuzz."
Posted by Matt Nadel at 1:53 PM No comments:

Throughout my blogging career, I've written about some old teams, teams that are so old that they had different names than they do currently. So, to make up for all of that confusion, let's talk about what some teams used to be called. I'm not going to go through every MLB team, but I will touch on some of the big name changes. 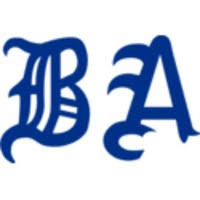 Brooklyn Robins = Los Angeles Dodgers
Ok, so it's common knowledge that the Dodgers used to be in Brooklyn, but did you also know that the 1917 NL pennant-winning team was called the Brooklyn Robins? Yeah, like the bird. The Dodgers were also called the Trolley Dodgers, the Superbas, and the Bridegrooms (because so many of the players were married).

Seattle Pilots = Milwaukee Brewers
The Pilots were one of four expansion teams in 1969, along with the Padres, Royals, and Expos (who we will get to shortly). They spent one season in the Pacific Northwest before getting bought by eventual MLB commissioner Bud Selig in bankruptcy court. In 1970, the Milwaukee Brewers were officially born.

Montreal Expos = Washington Nationals
Ah, yes, the hottest topic when it comes to MLB expansion. The Expos, led by terrible management, were forced to move to DC following the 2004 season, much to the dismay of Quebec. However, with the Rays possibly playing some of their home games north of the border, the Expos could return sooner than one might think.

Bonus: Cincinnati Redlegs = Cincinnati Reds
From 1954-1958, the Reds temporarily changed their name to the Redlegs. Why? Communism! Well, not necessarily, but there were speculations that the word 'red' associated with the franchise with the Soviets. The word was even taken out of their "C" logo, but was brought back in 1961.

Thanks for reading this post and I hope you enjoyed it. Check back soon for more of "all the buzz on what wuzz," and make sure to keep Vladimir Putin away from Joey Votto at all times.
Posted by Matt Nadel at 10:41 AM No comments: