I'm going to talk about something that I rarely bring up on Baseball with Matt: current baseball! Yes, today I think it is very important to talk about the trading that has been shaking up Major League Baseball. In this post, I will be talking about the three biggest trades that were recently made (in no particular order).

Who? OF Yoenis Cespedes of the Oakland A's for P Jon Lester and OF Jonny Gomes of the Boston Red Sox
My Thoughts: Wow!! This trade really shocked me. I did not think that one, the A's wanted Lester and two, that the A's were willing to give up perhaps their best hitter for him. Let me tell you what I think of this trade; overall, I think it's very fair. Obviously, Billy Beane and his Oakland A's are now going to trust their pitching a lot more. Expect Oakland to be winning very close games in the future, games with the final scores like 3-2, 2-1, or even 1-0. But let's not forget about Jonny Gomes. With an OBP that is 95 points better than his batting average, he is truly a quintessential Billy Beane ballplayer. He will definitely be able to get on base, but will he be able to step up his hitting game?

Now, in my opinion, the Sox got the better end of this deal just because of how good Yoenis Cespedes is. He has been part of the last two Home Run Derbies, winning both of them in spectacular fashion. His power will hopefully be just right for a struggling Red Sox team and could possibly surge them to a division title. I'm very excited to see if Cespedes can adapt to Fenway and the Bostonian crowd. 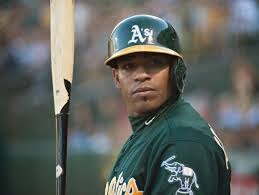 Who? P John Lackey and P Corey Littrell of the Red Sox for 1B Allen Craig and P Joe Kelly of the St. Louis Cardinals
My Thoughts: So, now both Johns are out of Boston. As I mentioned before, Lester is in Oakland, something I didn't expect, but Lackey going to St. Louis is another move that I did not see coming. I expected the veteran pitcher to go to Los Angeles and play ball in Dodger blue, but I guess now he will be playing in Cardinal red. However, I think that he will be a good fit with the Cards, as they are in the middle of a tough NL Central and they want to make a push for the playoffs. Litrell is a minor league pitcher, so he will not have immediate success in the Bigs, but there is a great chance that he will provide success for the Cardinals in the future.

Allen Craig has been struggling this season, after an excellent 2013 campaign, and Joe Kelly is also not having the best season. Because of these factors, I think the Red Sox got the worse deal in this case, but who knows? Maybe Craig and Kelly will rise to stardom in New England? We will just have to wait and see.

Who? P David Price of the Tampa Bay Rays to the Tigers, SS Nick Franklin, P Drew Smyly, and SS Willy Adames to the Rays, and CF Austin Jackson to the Mariners
My Thoughts: Good job, Tigers. In my opinion, Price was the best pitcher who was speculated to be traded before the trade deadline, so congratulations to Detroit for picking him up. Price was such a good pitcher for the Rays, and he will probably bring that pitching prowess over to the Motor City. As for Tampa Bay and Seattle, they did fine in this trade. To replace David Price, the Rays got Drew Smyly, a decent pitcher who played for the Tigers and the Mariners got Austin Jackson, a decent outfielder who is just experiencing some bumps in the road. Overall, this trade was good for everyone, but mostly for the Tigers.

Well, I hope you enjoyed my thoughts on some of the big trades that went on right before the trade deadline and thanks for reading them. Don't worry: more historical content is coming soon, so check back soon for more of "all the buzz on what wuzz."
Posted by Matt Nadel at 8:22 AM