It's time for the third installment of the series in which I talk about who is on my "All-Small Hall" team! In case you missed the first two posts of this series, click here for part one and click here for part two. Anyway, let's get on with part three, shall we? So, who will represent the ASHT on the left side of the infield? Read on to find out.

Shortstop: Honus Wagner
Height: 5'11''
Weight: 200 pounds
Why? The Flying Dutchman was probably the best National League pure hitter in the early 20th century. He batted .328 lifetime, had 3,420 career hits, won eight batting titles, and he even collected 1,733 career RBIs. Those numbers are so gigantic that Wagner had to be named to the "All-Small Hall" team.
Honorable Mention: Ozzie Smith

Third Baseman: George Brett
Height: 6'0''
Weight: 185 pounds
Why? One of the best contact hitters in the '70s and early '80s, Brett definitely made a name for himself as he helped the Royals become one of the best teams in the American League. His 3,154 career hits puts him at 16th on the all time hits list and the 13-time All Star batted .305 lifetime. Not bad for someone who is known for having too much pine tar on his bat.
Honorable Mention: Brooks Robinson 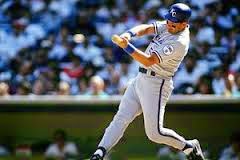 I hope you are enjoying this series and thanks for reading this post. The final part of the "All-Small Hall" team series is coming soon, so check back in a few days for more of "all the buzz on what wuzz."
Posted by Matt Nadel at 6:17 PM