Hey guys!
It's finally time. You've all been anticipating this very moment. You are about to read....My Dream Team! I will be listing my all time favorite baseball players by position for you guys! My only rule is that no one can be playing today. Here it is:

First Base: Lou Gehrig (1923-1939, Yankees)
Why? The Iron Horse was a great all-around hitter and team leader, who helped jumpstart the Yanks to where they are now. Thanks Larrupin' Lou! 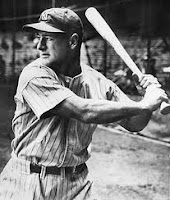 Second Base: Rogers Hornsby (1915-1937, Cardinals, Cubs, Giants, Braves, Browns)
Why? He was an awesome guy if you're talking about batting average. Great fielder and just terrific at baseball.

Third Base: Mike Schmidt (1972-1989, Phillies)
Why? He was a homer hitting machine and also a big time gold glove fielder who took a horrible team and made it a playoff contender for several years. (See "The Flounderin' Phils" for more info.) 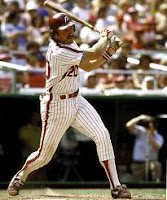 Shortstop: Cal Ripken Jr. (1981-2001, Orioles)
Why? The Iron Man certainly earned his title. An excellent all-around baseball player who made the O's awesome. 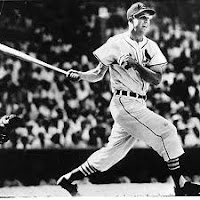 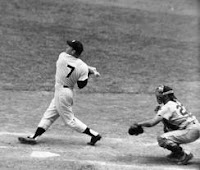 Right handed Starting Pitcher: Nolan Ryan (1966-1993, Angels, Astros, Mets, Rangers)
Why? The man with the most career strikeouts and no-hitters pitched lights out. He mowed down everyone! 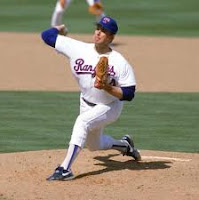 Relief Pitcher: Dennis Eckersley (1975-1998, Athletics, Red Sox, Cardinals, Indians, Cubs)
Why? One of the greatest relievers of all time. I do love him, but once Mo Rivera retires, then Eck is off the list. 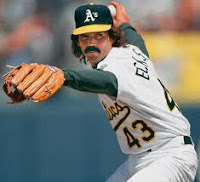 Well, there you have it: My Dream Team. Do you think that there are some better players? Answer by posting a comment. Thanks for reading!
Posted by Matt Nadel at 3:21 PM