Over the years, I've been very fortunate to have done a lot of great interviews (70, so far, to be exact). Some of the highlights have been both Presidents Bush, Commissioner Manfred, Commissioner Selig, HOF President Jeff Idelson, 15 Hall of Famers (plus a few soon-to-be Hall of Famers), Sandy Alderson, Mark Attanasio, Fred Lynn, Billy Crystal and Alan Trammell. Please see below for the complete listing of everyone I've ever interviewed since I started my blog in 2012. If you'd like to access the links to any of the interviews I've done so far, just click on the names in the listing below. And in case you were wondering who I still want to interview, but who I haven't been able to get yet, they include: Willie Mays, Frank Robinson, Sandy Koufax, Joe Torre, Cal Ripken, all other living Hall of Famers, Mike Trout, Derek Jeter, Jimmy Fallon, Jimmy Kimmel, Jerry Seinfeld, all living Democratic Presidents, Fidel Castro (believe it or not, I was pretty close on this one) and Mo'ne Davis. 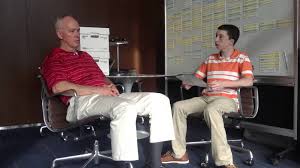 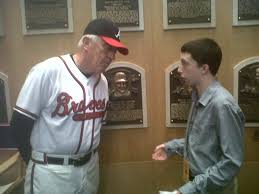 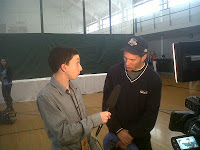 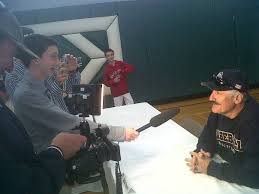 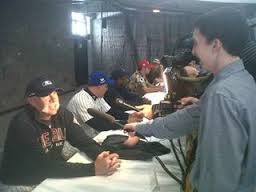 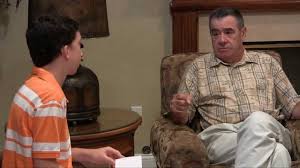 Thanks for reading this post. If you know of anyone who might want to be interviewed by me, whether they're on my wish list above or not, just contact me at mattamdad@gmail.com. And tune in soon for more of "all the buzz on what wuzz."

And if you want to read about even more baseball history, please check out my book, Amazing Aaron to Zero Zippers.
Posted by Matt Nadel at 3:12 PM