One of my favorite candies are M&M's and I'm also a huge Yankees fan. So it's only natural for this post to be about one of the greatest years in Yankee history: 1961, also known as the year of the race for the single-season home run crown between Roger Maris and Mickey Mantle (aka, the "M&M Boys"). 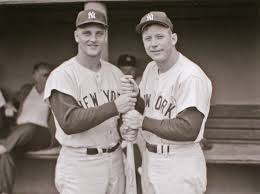 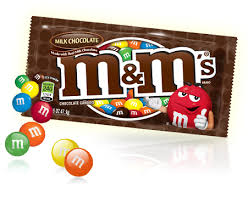 The 1961 New York Yankees came into the season wanting vengeance in the World Series, having just lost to the Pirates in the 1960 Fall Classic on the infamous Bill Mazeroski walk-off, World Series-winning home run. Mantle's 1960 season was superb; he led the league in home runs with 40 and runs scored with 119. Maris finished the 1960 season with his first MVP Award, which he rightfully deserved after leading the league in RBIs with 112. Yankees fans knew in the back of their minds that 1961 was going to be a fun year, but they didn't know how fun exactly.

Let me just start off with this: the 1961 Bronx Bombers are considered one of the best teams of all time, mostly because of the excellence of the M&M Boys, Mantle and Maris. In '61, the two All Stars combined for 115 home runs, a record for most single-season home runs by teammates! They also combined for 269 runs batted in. What's even more impressive about these two great hitters was that both of them had a shot at breaking a very prestigious record: Babe Ruth's single-season home run record of 60 bombs in a season.

Both Mantle and Maris were on pace to break the record, but Mickey was sidelined at the beginning of September for the remainder of the season. He totaled 54 home runs by the end of the regular season. Roger, on the other hand, did actually break the Bambino's record, hitting 61 home runs in 1961! The city of New York was going bonkers that one, there was a new single-season home run king and two, the king is staying in New York! The Yankees eventually won the 1961 World Series in five games over the Reds and Maris won the 1961 MVP Award. 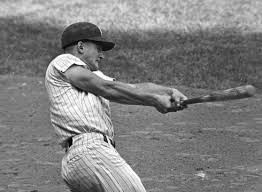 The M&M Boys will never be forgotten in Yankee lore because it was such an exciting time in the Bronx. It's also very convenient for me that Maris hit 61 home runs in 1961, making it very easy to not mess up when telling the story of one of the greatest teams in baseball history. Anyway, thanks for reading this post. I hope you enjoyed it and check back soon for more of "all the buzz on what wuzz."

And if you want to read some more about Maris, Mantle, the Yankees or other great home run hitters, please check out my book, Amazing Aaron to Zero Zippers.
Posted by Matt Nadel at 9:43 AM