With the 2015 MLB All Star Game quickly approaching, here are seven fascinating facts about the history of the Midsummer Classic: 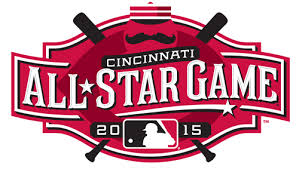 Number One: The First All Star Game
The first MLB All Star Game was held on July 6, 1933 in Comiskey Park in Chicago. The American League won the game, 4-2.

Number Four: The Longest ASG Ever
In terms of time, the 2008 All Star Game is the longest one ever, finishing in four hours and 50 minutes. The '08 Game is also tied for the longest Midsummer Classic in terms of innings with the 1967 Game. Both contests took 15 innings to complete.

Numer Five: Most All Star Game Starts
Hall of Famers Don Drysdale, Lefty Gomez, and Robin Roberts have each started a record five All Star Games.

Hope you enjoyed my fun facts about the MLB All Star Game and thanks for reading them. Check back soon for more of "all the buzz on what wuzz."

And if you want to read up on other All Stars in baseball history, please check out my book, Amazing Aaron to Zero Zippers. I am donating all my proceeds to charity.
Posted by Matt Nadel at 7:16 AM