In case you don't know, I'm a huge Yankees fan. That means that I am literally forced to hate the Red Sox. However, I don't hate some of the Sox's past players. In fact, by the end of this post, you will know my top five favorite Red Sox Hall of Famers of all time, starting with number five.

Number Five: Ted Williams
Why? Ted was a great player, in fact sometimes he's considered the "greatest player that ever lived." He would be higher on this list if he hadn't done some of his better hitting against the Yankees. However, he hit well off every team, considering he batted .344 lifetime. He was a great player, just not good enough to get to the top spot on this list.

Number Four: Tris Speaker
Why? The Grey Eagle was one of the greatest players of all time. The best part was that he was in his prime when the Yankees were the laughingstock of the American League! Anyway, the 3,000+ hit club member batted .345 lifetime, won two Fall Classics with Boston and became a great manager as well. 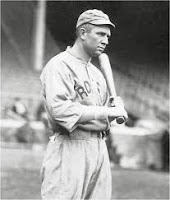 Number Three: Jim Rice
Why? For one thing, Rice didn't pummel the Yankees every chance he got, but he was still a great player and is in the Hall because of it. The eight-time All Star outfielder was a two-time AL Champion for the Sox, but never won a World Series, because he played in the midst of the Curse of the Bambino, which was ironically started by a guy who went from the Sox to the Yankees. Anyway, the 350+ homer club member may not have been the best that there was, but he isn't in the number three slot on this list for nothing.

Number Two: Carl Yastrzemski
Why? Besides being the only Triple Crown winner with a last name consisting of ten of more letters, Yaz is one of the best all around hitters of all time. With 3,000+ hits and 450+ homers, Carl was one of the best players of his era in the Majors. To top it off, he went to 18 All Star Games! That's amazing, if your last name isn't Aaron or Mays. 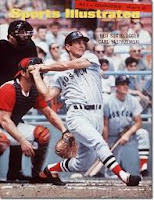 Number One: Carlton Fisk
Why? I know you are probably thinking, "Why not Cy Young?" Well, if you check back to my Dream Team, you will see that Fisk is my favorite catcher of all time. To go along with that, the 11-time All Star won Game Six of the '75 World Series with a dramatic homer and hit 376 homers. He also had to survive the wear and tear of kneeling behind home plate for 20 years, so you got to give him some credit.

Well, that's my list. If you have a comment about it, comment about it in the comment section down below. Anyway, I hope you enjoyed this post and thanks for reading it. Check back in a couple of days for more of "all the buzz on what wuzz."
Posted by Matt Nadel at 8:30 PM