I have another interview for you today! It's with former pitcher and member of the 1988 World Series-winning Dodgers, Tim Leary. Leary played for the Mets, Dodgers, Yankees, Mariners, Brewers, Rangers, and Reds in a 13-year career from 1981, 1983-1994. He won 78 games and lost 105. Leary's best year was in 1988 with Los Angeles, going 17-11 with an ERA of 2.91. Not only did he win the Silver Slugger Award that year for pitchers but he also won the Comeback Player of the Year Award. In the '88 World Series against the Athletics, Tim appeared in two games as a reliever, pitching six and two-thirds innings with a minuscule ERA of 1.35.

Now that you know a little bit about him, here's the interview with former pitcher Timothy James Leary.

Matt: What sports did you play as a kid?
Tim: I played football, basketball, baseball and golf as a kid. 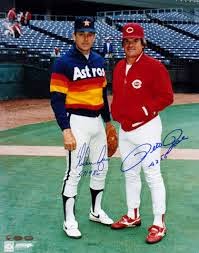 Matt: You played in the 1978 Baseball World Cup. What was the biggest highlight during those games?
Tim: The highlight of the '78 World Cup was facing Team Cuba. They were like a Major League All Star Team. We lost 5 to 3 on an error! 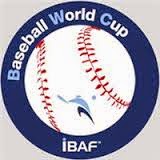 Matt: You are a member of the UCLA Athletics Hall of Fame, as is Kareem Abdul-Jabbar (see pic below). Have you ever challenged him to a game of basketball?
Tim: Never faced Abdul Jabbar. Just very proud to be in the Hall of Fame along with him and Jackie Robinson and so many others. 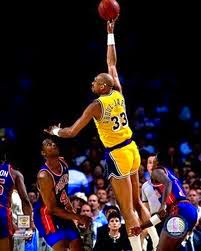 Matt: When you were with the Dodgers and Orel Hershiser (see pic below) pitched 59 consecutive scoreless innings, did players try to predict how long the streak would last? Were there any weird superstitions during the streak?
Tim: No predictions that I knew of. And Brian Holton had many quirky superstitions, but Orel just had routines!

Matt: You won a Silver Slugger Award at the pitching position in 1988. Did you ever ask your manager in future games if you could pinch hit on non-pitching days?
Tim: I got to pinch hit in the bottom of the 11th inning with two outs and the bases loaded as I was the best hitting pitcher on the team. I batted .300 in my 1st 100 major league at bats! But, we had no more regular players left. And in the pro's, you don't "ask" to pinch hit!

Matt: What do you do now in your spare time?
Tim: I coach amateur baseball now. Mostly private pitching lessons. And I do some Dodger alumni functions.

Matt: When Kirk Gibson came up to bat with a runner on against Dennis Eckersley in the bottom of the ninth of Game One of the 1988 World Series, did you think he was going to hit the homer (see pic below) that changed the outcome of the Series?
Tim: I thought he might get a hit or a homer, as I had seen him come through in the clutch many times. 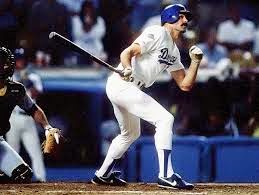 Thanks to Tim for answering my questions. Thanks for reading this interview. I hope you enjoyed it and check back soon for more of "all the buzz on what wuzz."
Posted by Matt Nadel at 7:41 PM