Recently, former baseball player, manager, and coach, Don Zimmer, passed away. Considering I have never talked about him, here is just a quick biography on Zimmer.

So, Donald William "The Gerbil" Zimmer (he was called that because he resembled a gerbil) played in the MLB from 1954-1965 with the Brooklyn/LA Dodgers, the second Washington Senators, the Cubs, the Mets, and the Reds, but he also played in Japan in 1966 with the Toei Flyers, the current Hokkaido Nippon-Ham Fighters. Zimmer made one All Star Game during his playing career with the Cubs in 1961, a year in which he hit 13 home runs and batted .252. He was part of two World Series-winning teams during his playing days: the 1955 and 1959 Dodgers. Fun fact about Zimmer: he was the first man ever to try on a Mets uniform, a feat he accomplished in 1962.

After his days of running the bases and playing the field, Zimmer became a manager and then a coach. He was a manager or a coach for 42 years from 1971 until his tragic death this year. The Gerbil managed/coached the Padres, Red Sox, Cubs, Rangers, Expos, Yankees, Giants, Rockies, and Rays. He helped the Yankees win four World Series (1996, 1998-2000) as a bench coach and was on the Tampa Bay Rays staff when they went to the 2008 World Series. As manager of the Red Sox, he almost made it to the 1978 ALCS, but the Yankees beat the Sox thanks in part to Bucky Dent's three-run homer in the one-game playoff to decide the winner of the AL East. However, he was the manager of the Cubs when they went to the 1989 NLCS, but they sadly lost to the Giants. He went to the playoffs with other teams during his coaching career, including the 1975 Red Sox, 1984 Cubs, and the 1995 Rockies.

Don was a really great coach, player, and manager, but he was also a good motivator and person. He will be deeply missed. Thanks so much for reading this post and I hope you enjoyed it. Check back soon for more of "all the buzz on what wuzz." 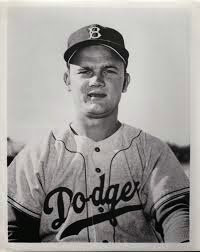