Besides baseball, I am a very big football fan and I've always wondered where some of the greatest Yankees of all time would play on the football field. In today's post, I'm going to create a Yankees football team. If you'd like me to do this with other teams, let me know in the comments section.

Quarterback: Lou Gehrig
Why? Gehrig isn't known for his arm, but his leadership is unparalleled in not only Yankee history, but also baseball history. He would be the best two-minute drill quarterback ever because of his calm attitude and his strong management skills. And he played football at Columbia. 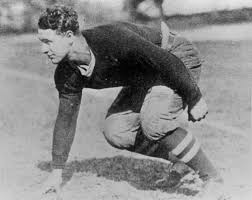 Running Back: Joe DiMaggio
Why? DiMaggio would glide across the field as a RB. His speed and elusiveness would easily get him 1,000+ yards a season. 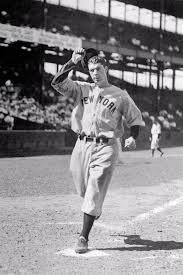 Wide Receiver: Mickey Mantle
Why? He's basically a clone of DiMaggio, but his catching ability is just a little better than The Yankee Clipper. He would be hampered by injuries, but when he's healthy, he would be a star. 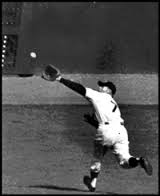 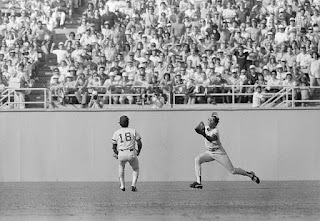 Offensive Lineman: Jorge Posada
Why? There aren't many "offensive lineman-big" Yankees, but Posada is a catcher, a position that requires the ability to block the plate, much like how an OL must block the quarterback. Bill Dickey and Yogi Berra would be in the conversation if they weighed over 200 pounds. 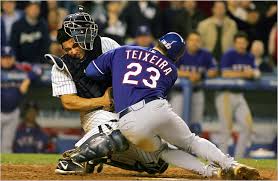 Defensive Lineman: Babe Ruth
Why? Ruth was pretty big, powerful, and wild. Even if he didn't sack the quarterback at all, he would draw so much attention from opposing offensive lines because of his reputation that his fellow defensive linemen would breeze past the offensive line. 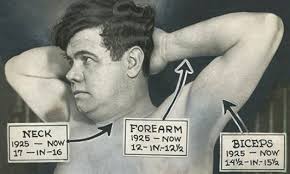 Linebacker: Bernie Williams
Why? Linebackers need to be quick, have tackling ability, and lead the defense at its core. What better person to choose than Williams, who was a powerful, agile staple in the Yankees outfield for 16 seasons? 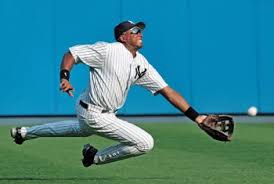 Cornerback: Willie Randolph
Why? Cornerbacks don't have to be so tall; they just need to be fast. Randolph is 5'11", which is around the quintessential height for a CB, and was one of the greatest base stealers in Yankee history. 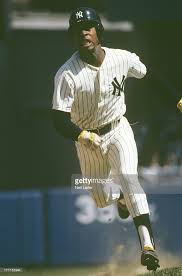 Safety: Derek Jeter
Why? Jeter was fast and aggressive when he played at shortstop, two qualities that are very necessary to be a Hall of Fame-worthy safety. His leadership skills would also benefit him a lot. 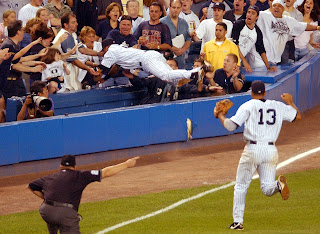 And if you'd like to read up some more on the Yankees, please check out my book on baseball history, Amazing Aaron to Zero Zippers, which has a whole chapter on them. And all of my proceeds go to charity!! [Just click on the book name and it'll take you right to its page on Amazon.]
Posted by Matt Nadel at 7:19 PM