The 2016 MLB regular season has officially started, which means it's time for my predictions for the major award winners for the 2016 MLB campaign.

AL MVP: Mike Trout, Angels
Why? He might not be on the best team in his division, but Trout has the numbers to be an MVP. In my opinion, Trout's incredible stats will lead the Los Angeles Angels to a playoff spot, whether that be one of the two Wild Card spots or the AL West crown. I can see him batting over .300 with 40+ homers and 120+ RBIs.

NL MVP: Andrew McCutchen, Pirates
Why? One of the best all-around players in baseball, McCutchen should have a great, MVP-worthy 2016 season for two reasons. First, he's the best outfielder out of the three outfielders that comprise arguably the best outfield in baseball (Cutch, Gregory Polanco, and Starling Marte). Second, he's part of such a formidable lineup that even if he doesn't lead the league in home runs, his RBIs, runs scored, batting average, and walks should all be up this year.

AL Cy Young Award: Felix Hernandez, Mariners
Why? King Felix has consistently been a Cy Young candidate over the past couple of seasons, but hasn't gotten the run support to back him up. Now, with Robinson Cano having an awesome Spring Training and start to the season, as long as King Felix continues to perform like he has in the past, he should be a Cy Young Award finalist and, most likely, the winner of the award.

NL Cy Young Award: Clayton Kershaw, Dodgers
Why? It's plain and simple: he's Clayton Kershaw. He's the best pitcher in baseball. Period. And it doesn't look like he's slowing down any time soon. 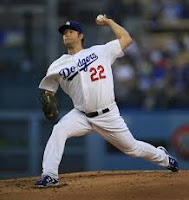 AL Rookie of the Year: Byung-Ho Park, Twins
Why? Park, a designated hitter from Korea signed by the Twins this past offseason, is an experienced, slugging Korean superstar who hit 50+ home runs the last two season in the Korean Baseball Organization. If those stats don't translate into MLB stardom, then I don't know what will.

NL Rookie of the Year: Corey Seager, Dodgers
Why? Seager played in 27 games last season for LA and batted .337, which is not half bad. He has the MLB experience and the fans in Chavez Ravine love him, so he should do pretty well in 2016.

Do you agree with my picks? Let me know your thought in the comments section below. Thanks for reading this post and I hope you enjoyed it. Check back soon for more of "all the buzz on what wuzz."
Posted by Matt Nadel at 5:12 PM