I recently saw this website that had the starting fielders, if the all-time greats of the game played for their home states. As I read this site (which you can access by clicking here), I thought to myself, "What would happen if these super-teams played each other in a 162-game season?" Well, I'm going to answer that question in this post. I've organized the 25 teams mentioned in the article into five divisions of five teams and predicted how each state would do based on the team listed in the article. So, without further ado, here are the All-Time Home State MLB Standings.

Now it's time for the playoffs! The All-Time Home State MLB Playoffs will function like half of the regular MLB format. The five seed will play the four seed in a Wild Card round of one game and the winner of that game will face the number one seed in the best-of-five semi-finals. In the other semi-final, the two and three seeds will play and in the finals, the winners of the two semi-final series will face off in a best-of-seven series. The winner of the finals will be declared the champion. 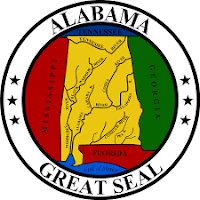 So why do I think that Alabama would win this league's championship? It's simple: Willie Mays and Hank Aaron. Enough said.

Do you agree with my predictions? Leave your thoughts in the comments section below. Thanks for reading this post and I hope you enjoy it. Check back soon for more of "all the buzz on what wuzz."