Yesterday was my birthday, so you know what that means: an Alan Trammell post! For those of you who don't know it, Trammell and I share a birthday (February 21st) and he's the only person in baseball who I share a birthday with that should be in the Hall of Fame. So, for this Trammell Birthday post, I'm going to give three reasons why the Detroit Tigers shortstop from 1977-1996 should be in the Baseball Hall of Fame. 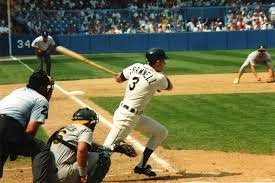 Reason Number Two: 1984 World Series MVP recipient:
I know what you're thinking: what does winning the '84 WS MVP have to do with anything? Well, let me put it this way: the 1984 Tigers were absolutely stacked. In their regular hitting lineup were All Stars Lance Parrish, Lou Whitaker and Trammell, along with star hitters Kirk Gibson, Chet Lemon, and Darrell Evans. However, despite all of these great names on offense, it was only Trammell who was recognized as the best hitter on the Tigers during the 1984 Fall Classic against the Padres; he batted .450 with a pair of home runs and six RBIs. Alan was probably the biggest reason why Detroit won its fourth World Series in franchise history -- because on the biggest of stages, he performed at the highest caliber, making him a "clutch" hitter. If you can come through in the clutch in a tough situation, just like Trammell did in 1984 for the Tigers, that's yet another reason why you deserve a plaque in Cooperstown. 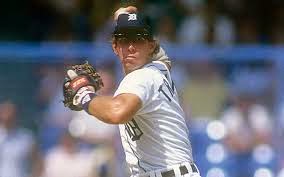 Reason Number Three: WAR and JAWS:
To summarize what each of these sabermetric stats are, WAR (or wins above replacement) is the amount of wins a team would not have won if a specific player was replaced in the lineup/rotation, and JAWS (or Jaffe WAR Score system) measures a player's Hall of Fame worthiness by averaging a player's career WAR with his seven year peak WAR. Trammell's WAR is 70.4, meaning that if he was replaced in the lineup by another player, his Tigers teams would have won 70.4 less games. Now, you would think that a guy who played for 20 years would have a higher WAR, but out of all of the shortstops in MLB history, Trammell's WAR is actually better than Derek Jeter's and 14 Hall of Fame shortstops', including Barry Larkin, Joe Cronin, and Joe Sewell. In addition, his JAWS number is 57.5. The average of 21 Hall of Fame shortstops is a WAR of 66.7 and a JAWS of 54.7, so Trammell is higher than these HOF averages!! So, considering that JAWS and WAR are correlated statistics, Trammell is very worthy of being in the Hall of Fame.

What do you think? Have I convinced you that Alan Trammell belongs in the HOF? Leave your comments below. Thanks for reading and check back soon for more of "all the buzz on what wuzz."
Posted by Matt Nadel at 12:14 PM