The baseball season is still a few months away, which puts me in a very sour mood. Speaking of sour, do you know who Bob Lemon is? If not, just read on and find out.

Robert Granville Lemon pitched in the MLB from 1946-1958 with the Cleveland Indians. He would have played three more years, but he served in the United States Military from 1943-1945. Lemon had an awesome pitching career. In just 13 seasons, he won 207 games and only lost 128, leading the league in wins three times and posting 20+ wins in seven seasons. The seven-time All Star also led the American League in complete games five times, innings pitched four times, and strikeouts once.

The Cleveland Indians haven't won a World Series since 1948 and one of the reasons they won the '48 Fall Classic was Lemon. In 1948, Bob Lemon not only won 20 games and had an ERA of 2.82, but he also pitched a no-hitter. On June 30, he allowed no hits, three walks, and struck out four Detroit Tigers in a Cleveland 2-0 win. The no-no was Lemon's eleventh win and fifth shutout of the season (remember: this happened in June). Then in the World Series, he really came to play, recording two of his team's four wins with a 1.65 earned run average.

Did you know that Bob Lemon was teammates with Hall of Fame pitchers Bob Feller, Early Wynn, and Satchel Paige? Just like his great pitching teammates, he was inducted into the Hall of Fame. He received 78.6% of the vote in his twelfth year on the ballot in 1976. Two years later, he managed the New York Yankees to a World Series title! After Lemon retired from his playing days, he became a manager in the MLB and won over 50% of the games that he managed! How amazing! 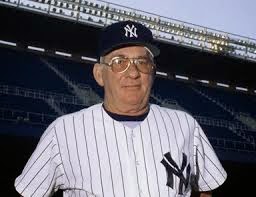