Number Five: Paul Waner
Why? Waner played with the Pirates for three fourths of his career and shined with them. Looking at his career, in 20 years in the MLB, he batted .333 and collected 3,152 base hits, 17th on the all time list. Big Poison finished his career with 191 triples (tenth all time), 605 doubles (tied for eleventh all time), and 1,309 RBIs.

Number Four: Willie Stargell
Why? A member of one of my favorite World Series-winning teams (1979), Pops was a fan favorite in Pittsburgh during the 21 years that he wore the black and gold. Willie smacked 475 hits out of the park during his career and batted .282. The seven-time All Star and 1979 NL MVP was a very intimidating batter from the left side of the plate and was notorious to other teams for crushing many tape-measure home runs during the '60s and '70s.

Number Three: Honus Wagner
Why? Perhaps the greatest shortstop in baseball history, Wagner played with the Pirates for 18 of his 21 seasons in the Bigs from 1900-1917. During his entire career, The Flying Dutchman won the batting title a whopping eight times and batted .328. Wagner collected 3,420 hits during his heralded career, seventh on the all time list, along with 1,733 RBIs, 21st on the all time list.

Number Two: Ralph Kiner
Why? Probably the most shocking pick I made in the creation of this list, Kiner played eight of his ten seasons in the MLB with the Pirates. With Pittsburgh, he averaged 38 home runs a year and hit at least 50 dingers in a season twice! The six-time All Star led the league in home runs in seven consecutive seasons from 1946-1952. Had he not suffered from back problems that cut his career short, he could have been one of the greatest that baseball has ever seen. 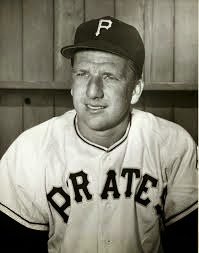 Number One: Roberto Clemente
Why? Clemente, one of the most popular Pirates of all time, played in the black and gold for his entire 18-year career from 1955-1972. The benevolent Roberto is the only ballplayer in baseball history with exactly 3,000 hits, putting him in 28th place on the all time hits list. Arriba, as he was nicknamed, was a two-time World Series champion (1960, 1971), twelve-time All Star, 1966 NL MVP, and 1971 World Series MVP. The man who batted .317 during his career was one of the nicest men one could ever meet and although he passed away on New Year's Eve of 1972, the memory of his amazing baseball career on and off the field will never be forgotten. 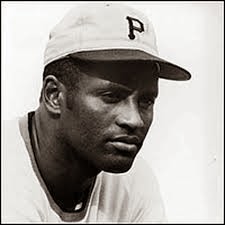 Do you agree with my list? Should someone be on it that isn't? If you have anything to say about this list, write a comment in the comment section below. Thanks for reading this post and I hope you enjoyed it. Check back in a few days for more of "all the buzz on what wuzz."
Posted by Matt Nadel at 8:47 PM