I was talking to my Social Studies teacher about what defines a quality start and I wanted to see what you think of my opinion.

In my opinion, a quality start for a starting pitcher is seven innings, two to three earned runs, no walks, and five to seven strikeouts. Anything worse than this in my opinion is not the quintessential start. However, what if the pitcher's team doesn't score enough runs to win the game? It doesn't matter if the pitcher wins the game or not. All that matters is that he doesn't give up a lot of runs.

For a team focused on offense, giving up four earned runs may be fine and it may be a quality start, but it really isn't the best a pitcher can do for his team. Yes, the best case scenario would be a perfect game, but no pitcher can pitch a perfect game every time he steps onto the mound. The reason that giving up four earned runs isn't considered a quality start is because not every team can score four runs every single game. In the more recent years, the home run numbers have in fact skyrocketed, but some teams still do play a bit of small ball.

And then there is the concept of the strikeout. Many of the game's greatest starters are either ground ball pitchers, fly ball pitchers, or strikeout pitchers. One hardly sees a pitcher who can induce strikeouts, ground balls, and fly balls at will and even Cy Young, the winningest pitcher of all time, was not known for strikeouts. But, I think that in seven innings, a pitcher should be able to strike out five to seven batters. Some starters average eight or nine strikeouts per seven innings and their team wins by a good three to five runs. But as long as one strikes out five to seven batters and doesn't give up more than two runs, the start should be considered exemplary. 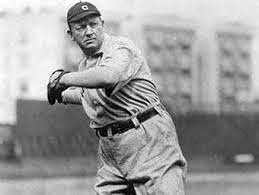 Well, I hope you enjoyed my opinions on the definition of a quality start. If you have your own opinions, put your thoughts in the comment section below. Thanks for reading this post and check back in a few days for more of "all the buzz on what wuzz."
Posted by Matt Nadel at 10:28 PM