An Interview with the Mayor of Cooperstown 12/5/13

I have another interview for you today! This interview is with someone who is very close to baseball, but does not currently have a job involving America's pastime. Ladies and gentlemen: an interview with Cooperstown, New York Mayor Jeff Katz! But before I get to the interview, let me tell you a little bit about him first. 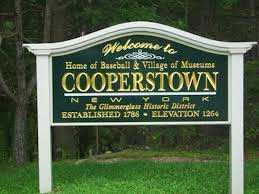 Katz has been the Mayor of Cooperstown since April of 2012. He is a member of SABR, just like me and graduated from my mom's alma mater, Binghamton University. He has written a book called "The Kansas City A's and the Wrong Half of the Yankees" and he has written numerous baseball articles on numerous websites. He's also been a trader and a music editor during his career. Well, now that you know a little bit about him, let's get to the interview.

Matt: What sports did you play/watch as a kid?
Mayor Katz: I only played little league baseball for one year. I went to a huge junior high/high school in Long Island (Sachem) and I tried out for the basketball team, but never made it, though I got through a few cuts. I also played street hockey for one year. I used to watch every sport, all the time. By my mid-20’s, it was baseball only, with Knicks games in the off-season.

Matt: What is your favorite exhibit in the Baseball Hall of Fame?
Mayor Katz: It’s such a fabulous place, world class all the way, that I find it difficult to pinpoint one thing. I enjoy the new records room immensely. The Hall did a fabulous job in reworking that section to tell the story of the records and their evolution. (My favorite single artifact is Joe Morgan’s very tiny second baseman’s mitt).

Matt: Do you visit the Hall of Fame often?
Mayor Katz: I’m at the Hall many times each year. Lately, as Mayor, I find myself in the offices more than the museum. Hall President Jeff Idelson and I are good friends and have a great working relationship. The book I’m writing, "Split Season", about the 1981 baseball season and strike, brought me to the Hall’s library quite often this year to do research. I’m our local SABR president and we have our meetings in the Bullpen Theater. I’m actually planning to go to the Hall in the next week or so to just look around. There’s a new photo exhibit I want to see.

Matt: Who is your favorite Hall of Famer of all time?
Mayor Katz: Tom Seaver was my favorite player growing up and still has a real hold on me. I also love Sandy Koufax, though I missed him by a little. (I was born in 1962). 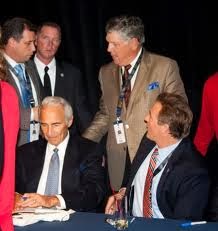 Matt: In your opinion, how important is the Baseball Hall of Fame and Museum to Cooperstown?
Mayor Katz: Very important. The Hall drives the vast majority of summer tourism. The youth baseball fields that are outside Cooperstown pack them in because of the Cooperstown name and the Hall of Fame. The Main St. businesses depends on a very good tourist season, since the village is very small year round (a little over 1,800 people). Plus, people associate the name Cooperstown with excellence and that is because the Hall is here.

Matt: Who do you think should be elected into the Hall of Fame this coming January?
Mayor Katz: I think you know, since you retweeted my “ballot.” I lived in Chicago for 16 years and had Cubs and, for one season, White Sox, season tickets, so Greg Maddux and Frank Thomas are big favorites. I have my own interpretation of the PED controversy and I’m a Barry Bonds supporter. He should get in too, as should Roger Clemens. I’d like to see Mike Piazza in as well. If I had a vote I’d also go for Tom Glavine, Jeff Bagwell, Jeff Kent, Tim Raines and Craig Biggio.

Matt: If you were to sit down with Babe Ruth for lunch at the local diner and you could only ask him one question, what would you ask him?
Mayor Katz: Tough one. I’d probably ask him what it was like to be King of the World during the Roaring ‘20’s. 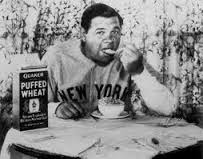 Matt: What is your favorite World Series game of all time?
Mayor Katz: I’ve been to a bunch and my favorite is one I was lucky to be at – Game 7 of the 2001 Series. After Alfonso Soriano hit his homer in the 8th inning and Rivera came in, I told my friend there was no way that that Series, which had so many incredible moments, would end so predictably, with Mariano Rivera shutting down the Diamondbacks. And he didn’t.

Well, thanks the interview. Thanks a lot to Mayor Jeff Katz for answering my questions. I hope you liked this interview and thanks for reading it. Check back in a couple of days for more of "all the buzz on what wuzz."
Posted by Matt Nadel at 7:40 PM