Today, I have another very interesting interview for you. It's an interview with a former player who started out his career as a pitcher and eventually switched over to being a hitter. I know you're thinking, Babe Ruth, so guess again. I'm talking about Rick Ankiel. Ankiel was a pitcher with the Cards from 1999-2004, but when his pitching got very wild, he switched over to the outfield in 2005. As a pitcher he was 13-10 lifetime with a 3.90 ERA, while as a hitter he hit .240 for his career with 76 home runs. Ankiel became the first player since the Babe to win at least ten games and hit at least 50 home runs for his career, and he was the only player besides the Babe to start a playoff game as a pitcher and also hit a home run as a position player in the playoffs. 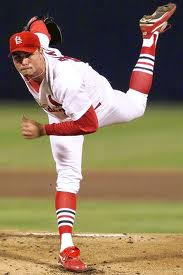 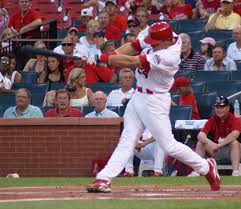 Now that you know a little bit about Ankiel, please click here to watch my interview of him.

Thanks for reading and watching. Check back soon for more of "all the buzz on what wuzz."

And if you want to learn more about Babe Ruth's exploits, please check out my book, Amazing Aaron to Zero Zippers. There's a whole chapter on Ruth called "Booming Babe."
Posted by Matt Nadel at 10:09 AM