The division series are over and now the MLB postseason moves to the championship series. The state of Missouri is represented in both leagues' series, actually, in the Kansas City Royals and St. Louis Cardinals. Speaking of Missouri, did you know that there are ten baseball Hall of Famers from the Show Me State? Some of them you know, like Yogi Berra, Casey Stengel, Earl Weaver, and even Carl Hubbell. But do you know who Dodgers Hall of Famer Zack Wheat is?

Wheat, a native of Hamilton, Missouri, played in the MLB for 19 years with the Brooklyn Dodgers (for 18 years) and the A's from 1909-1927. Buck, as he was nicknamed, batted over .300 16 times in his career and won the batting title in 1918 with a .335 batting average. His career batting average of .317 ranks 47th out of all Hall of Fame hitters. Wheat collected 2,884 career base hits, 1,248 RBIs, and scored 1,289 runs, but was known more for his fielding than his hitting. As a left fielder, he was known as being very graceful, like Joe DiMaggio, but also had a cannon for an arm, like Roberto Clemente. Although he fielded and batted like the star he was, the Brooklyn teams he was on never did too spectacularly. Wheat made it to the World Series twice with the Dodgers, in 1916 and 1920, but lost in both Series. But it didn't matter,  as Zack was inducted into the Hall of Fame in 1959 via the Veterans Committee. 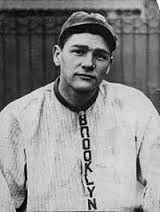 Here's a fun fact about the Dodger Hall of Famer: In 1916, the outfield wall at Brooklyn's Ebbets Field had the following advertisement for Tanglefoot flypaper: "In 1915, Wheat, Brooklyn, caught 345 flies. Tanglefoot caught 50,000,000,000 flies." What a funny yet brilliant ad. Anyway, thanks for reading this post. I hope you enjoyed it and check back soon for more of "all the buzz on what wuzz." 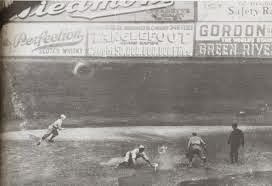