I have an interesting interview for you today that I just couldn't resist doing. It is with the Commissioner of the Israel Football League, Betzalel Friedman! I know what some of you are thinking: they have American football in Israel? The answer is yes. So, before I get to the interview with the IFL's commish, let me tell you a little bit about Mr. Friedman and the Israel Football League.

Betzalel Friedman, who actually grew up in Indiana, has been involved with the IFL since 2009 when he played wide receiver for the Judean Rebels. He was head coach for the next two seasons and won the Coach of the Year Award in 2010-2011. He also serves as an infantry company commander in the Israeli army reserves, after serving as a platoon commander and operations officer in the paratroopers.

The IFL (see logo below) was founded in 2005 by Israelis who wished to play American tackle football. The  league officially started in 2007 and the first Israel Bowl was held in 2008 at Kraft Stadium in Israel's capital, Jerusalem, where the Jerusalem Lions beat the Haifa Underdogs. The reason that the stadium in Jerusalem is called Kraft Stadium is because the the owner of the New England Patriots, Robert Kraft, sponsors the Israel Football League, along with his family. Today, there are eleven teams in the IFL (including some cool-named teams like the Black Swarm, the Hammers and the Northern Stars), compared to the original four in '07. American football in Israel is gaining popularity and in the next ten years, the IFL hopes to be as popular as soccer and basketball.  Starting in 2016, the best Israeli players and some Americans will even start competing in the European Federation of American Football, where 31 different countries compete!! 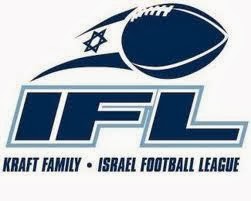 So now that you know a bit about the Israel Football League, here is the interview with the Commissioner of the IFL: Betzalel Friedman.

Matt: What sports did you play/watch as a kid?
Betzalel: I played soccer in a league, I took Tae-Kwon-Do for three years and played a lot of pickup basketball and touch football.

Matt: Which player of the IFL would be best at playing baseball?
Betzalel: I'm not so sure, as they're quite different sports.

Matt: When you were a kid, who was your favorite football player?
Betzalel: I grew up as a Colts fan, so it was Jim Harbaugh and then Peyton Manning.

Matt: Which current baseball player would be best at playing in the IFL and for which team?
Betzalel: Maybe Ian Kinsler. He has the Jewish connection and, given his defensive prowess, speed and power, he could make a great safety or linebacker. A lot of teams could use a hard-hitter like him. 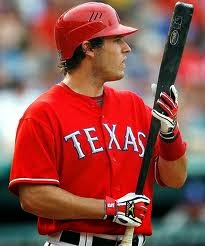 Matt: How has football grown in Israel since the IFL's creation?
Betzalel: It's grow immensely. We have over 600 men and boys playing tackle football and another 1,200 or so men, women and children playing flag football. So that's almost 2K in a country with 8M residents!

Matt: What is the most popular NFL team in Israel?
Betzalel: Football wouldn't have come to Israel without Bob Kraft, so we have Patriot fans. We have a lot of New Yorkers so we get Giants and Jets fans. And a lot of Israelis just pick a team based on the first game that they ever saw or a team that their own team shares a name or colors with, such as the Ravens.

Well, that's the interview. Thanks to Commissioner Betzalel Friedman for taking the time to answer my questions. Thanks for reading this post. I hope you enjoyed it and check back soon for more of "all the buzz on what wuzz."