I recently had the honor of interviewing Loren Harriet, a producer of music and concerts for over two decades. Harriet has produced music for guys like former Yankee star Bernie Williams, current baseball pitcher Bronson Arroyo, horror writer Stephen King, former New York City Mayor Rudy Giuliani, the voice of Spongebob Squarepants, Tom Kenny, and so many more people. He also has served as an executive producer and a marketing consultant for some music projects. The reason I interviewed him was because he is producing the 75th Anniversary of the Baseball Hall of Fame and Museum Concert! 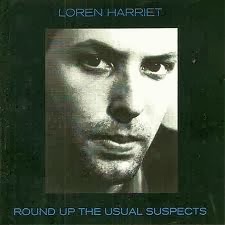 As it states in the concert title, the Hall is coming up on its 75th anniversary. So, Loren and others have organized a huge concert for August 2, 2014 that commemorates the Hall's 75 years in Cooperstown. The concert will include some of music's top singers, as well as celebrities from all kinds of media, including baseball. I personally think that it will be an awesome show. If you are interested in going, check out the Cooperstown Concert website by clicking here. I'll be in attendance, so I hope to see you there. 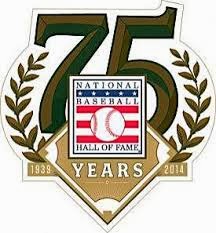 And now, without further delay, here is the interview with music and concert producer Loren Harriet!

Matt: What is your favorite baseball-related song?
Loren: Good question. It's hard to choose but I would say John Fogerty's Centerfield. 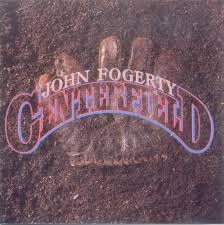 Matt: How did you get involved with the Cooperstown Concert?
Loren: I received a phone call from Hall of Fame President Jeff Idelson when I was working with the Red Sox and he wanted to see if I wanted to do something involving the Hall's 75th anniversary. I suggested to have the concert and he loved the idea so I got involved right away.

Matt: What was your favorite baseball team growing up?
Loren: I grew up in New England and went to Boston University so I was a Red Sox fan.

Matt: Who is your favorite Hall of Fame hitter and pitcher?
Loren: My favorite pitcher is probably Sandy Koufax and my favorite hitter was Ted Williams because my dad was a Ted Williams fan. I also like Roberto Clemente and Jackie Robinson because they were such great people.

Matt: If you could get any performer in world history to perform at the concert, who would it be and why?
Loren: I think Jimi Hendrix would be a good fit. He was a military veteran and a baseball fan and I think he would be awesome at the concert. Also, the Cooperstown Concert isn't that far from Woodstock.

Well, that's the interview. Thanks to producer Loren Harriet for taking the time to answer my questions. Hope to see you all at the Cooperstown Concert. Anyway, thanks for reading this post. I hope you enjoyed it and check back in a few days for more of "all the buzz on what wuzz."
Posted by Matt Nadel at 8:13 PM