An Interview with Hal Steinbrenner 8/20/13

As many of you know, I am a die-hard Yankees fan, which would explain why I am so honored to have interviewed the man you are about to read about in the following paragraph. He has also been a lifelong Yankees fan, probably because of what his father did for a living. He currently co-owns the Yankees with the rest of his family: Mr. Hal Steinbrenner!

Hal was born on December 3, 1969 to George and Elizabeth Steinbrenner. In case you didn't know, George was the owner and the "Boss" of the New York Yankees from 1973 until his passing in 2010. Anyway, Hal graduated from Williams College in 1991 with a Bachelor of Arts degree and he received a Masters degree in Business Administration from the University of Florida in 1994. Starting in 2007, George gradually gave more and more control of the Yankees to Hal and his brother, Hank, because of George's health. On July 13, 2010, the Boss passed away, and Hal eventually took over as principal owner, Managing General Partner and co-Chariman of the Yankees.  Well, that's all there is to know about Hal. Now let's get to the interview. 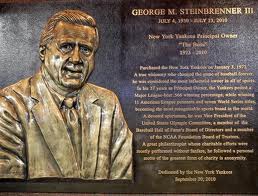 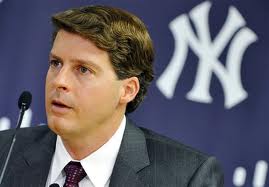 Matt: If you could've ever added a non-Yankees pitcher or non-Yankees hitter from all of baseball history onto the Yanks, who would it be and why?
Hal: It would be a tossup between Nolan Ryan and Mike Schmidt. I had a tremendous amount of respect for both players growing up. Both were talented and tough.

Matt: Can you please tell us one thing about your dad, George Steinbrenner, that few people know?
Hal: He loved music. At Culver Military Academy, he was in the band and Glee club. He loved to play the organ. [Note from Matt: check out the cool picture I found of George at Culver] 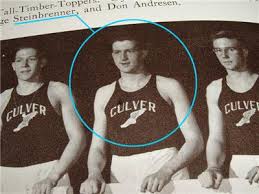 Matt: What is the favorite memento that you own from the old Yankee Stadium?
Hal: The large glove chair that was in my dad's office. 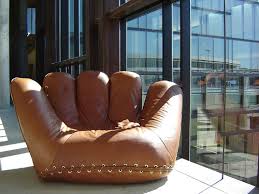 Matt: Of all the Yankees' World Series championships in the pre-Steinbrenner era, if you could've been witness to any, which one would you have liked to have seen?
Hal: The 1927 World Series to see Babe Ruth and Lou Gehrig together in action. 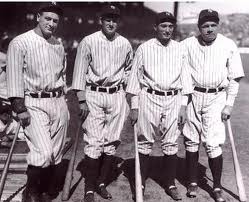 Matt: What's your fondest clubhouse memory as a kid when your dad ran the Yankees?
Hal: The 1977 World Series after we won game 6, which was the first World Series win owning the team. 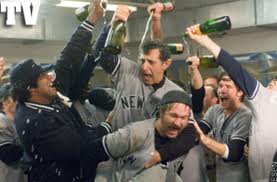 Well, that's the interview. Special thanks to Hal Steinbrenner for answering all of my questions. And a shout out to Jenette Sibayan for helping me arrange the interview. Anyway, I hope you enjoyed this post. Thanks for reading it and check back in a couple of days for more of "all the buzz on what wuzz."  I have another very big interview up next !!!
Posted by Matt Nadel at 5:55 PM