An Interview with Billy Crystal 8/9/13

I have a really cool interview for you today. This is my first ever actor interview, and it's someone that I am very honored to have interviewed, Billy Crystal! Before I get to the interview, let me tell you a little bit about this great actor.

William Edward "Billy" Crystal was born on March 14, 1948 in Manhattan, NY. He is an actor, writer, producer, comedian, director, and a really huge baseball fan. He started his career appearing in comedy clubs and eventually got onto the television comedy called Soap. During the 1980s and 1990s, he became very popular in movies, appearing in movies such as "When Harry Met Sally" and "City Slickers". He has hosted the Academy Awards nine times, most recently at the 84th Academy Awards in 2012. Billy is probably most famous to children for being the voice of Mike Wazowski in the movies Monsters Inc. and Monsters University, both really fun animated films. The last movie he was in (besides MU) was a movie called Parental Guidance, where he is an inexperienced grandpa who has been dreaming of being an announcer for the Giants. Like I said before, Crystal is a huge baseball fan. He even directed the movie 61* about Roger Maris!! He grew up in a time when NYC had three teams, but he was a Yankee fan. More specifically, Billy loved Mickey Mantle and became good friends with the slugger until his death in 1995. Billy actually used to co-own the Diamondbacks when they beat his lovable Yankees in the 2001 World Series. But he made amends, because he acted as a DH for the Yanks in a spring training game in 2008 in honor of his 60th birthday (and struck out). Holy cow Scooter!! Well, that sums up Billy Crystal, so let's get to the interview. 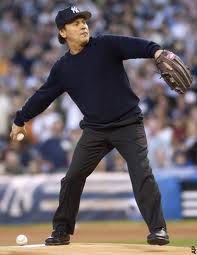 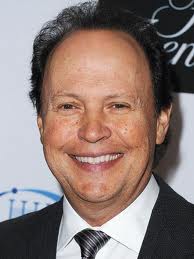 Matt: What sports did you play/watch as a kid?
Billy: When I was growing up I watched baseball, the Yankees of course were my favorites, though I also watched the New York Giants with Willie Mays and the Brooklyn Dodgers with Jackie Robinson. Can you imagine three teams in one city? I also loved to watch the Knicks, and the New York Football Giants who played their games in Yankee Stadium.

Matt: If you could have been part of one World Series winning team as a player, which team would you choose?
Billy: I would say the 1961 Yankees, because that would make me a teammate of Mickey Mantle, Roger Maris and Yogi Berra. 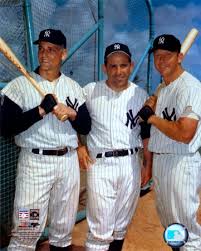 Matt: If you owned the Yankees right now, which non-Yankee pitcher and non-Yankee hitter from baseball history would you add to the roster?
Billy: Hmmm, Sandy Koufax and Willie Mays.

Matt: What position do you think Mike Wazowski would excel at on the diamond and why?
Billy: Mike wouldn’t play, but he’d be a great manager, because he is a motivator and what umpire would want to argue with him? Plus you know he’d always have his eye on the game. 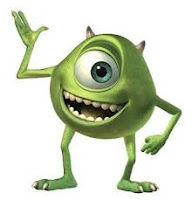 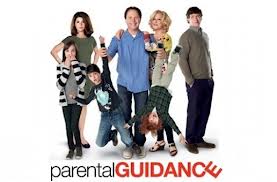 [Note from Matt: Billy is so into baseball, that he even has his own bobblehead doll!! How cool is that!] 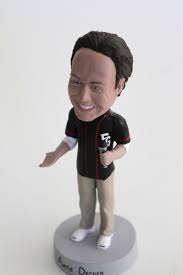 Matt: What are your top five favorite baseball movies, not counting the ones you were in?
Billy: The Natural, Field of Dreams, Pride of the Yankees, Bull Durham and sorry but I have to include 61* which I directed. 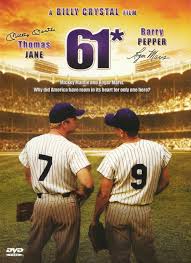 Matt: If you played for the Yankees, what would your nickname be?
Billy: I would be known as "The Brute."

Well, that's the interview. A huge thank you to Billy Crystal for answering all of my questions. And a shout-out to Kia Hellman for helping to arrange it. Anyway, thanks for reading this post and I hope you enjoyed it. Check back in a couple of days for more of "all the buzz on what wuzz."
Posted by Matt Nadel at 9:26 PM