Now, as most of you know, my favorite baseball player of all time is Hall of Famer Mike Schmidt, which is why I am absolutely elated to tell you that I just interviewed him! Shoutout to my principal at Golda Och Academy, Mr. Adam Shapiro, for making this possible. Anyway, I can't produce words that explain how honored I am to have interviewed such a great hitter! But as always, before I get to the interview, click here to read a quick bio on Mr. Schmidt. 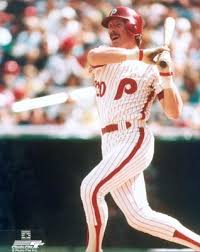 Now that you know a little bit about one of the greatest players ever (and a member of my all time Dream Team), here's the interview!

Matt: How'd you get into baseball?
Mike: Baseball was always my best sport. I started hitting a tennis ball with a broomstick at age 3. I played all sports, went to college and walked on in basketball, and became a freshman starter only to be told the school wouldn't insure my knees. Both knees had surgery in high school from football injuries. Then I walked on in baseball and made the team, eventually got a starting job as a sophomore, and the rest is history.

Matt: Describe the experience you had while playing in Veterans Stadium.
Mike: Veterans Stadium was the coolest thing going in 1970 when it was first built as a multipurpose AstroTurf stadium for all sports. It was my home for 18 years. 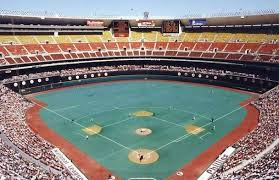 Matt: Going into the 1980 World Series, were you confident that you and the Phillies could beat the Royals?
Mike: In 1980, we believed we could beat anybody, especially after going into Montreal and winning two of three, and Houston three of five to get into the Series. 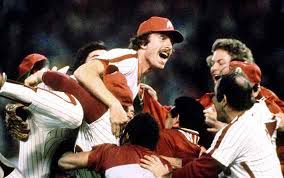 Matt: How'd you get so good at playing third base?
Mike: I played shortstop my entire young life and 2nd base in triple A. I had a middle infield mentality and quickness, so playing 3rd base was easy. 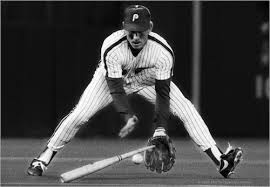 Matt: Who was the toughest pitcher you ever faced?
Mike: Nolan Ryan.

Matt: The 1983 Phillies are comically known as the Wheeze Kids because of the stars' ages. Did you and your teammates take offense to that?
Mike: No, that was one of my favorite years. In fact I thought we'd win it all that year, but the Orioles had a different idea. 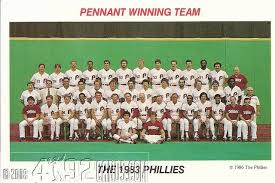 Matt: What's your most memorable home run and why?
Mike: My most memorable HR came in Montreal in 1980, number 48 that year. It won the game that got us into the NLCS.

Matt: What do you like to do in your spare time?
Mike: Play with my two granddaughters and be on my boat.

Thank you so much to Mike Schmidt for taking the time to answer my questions. I'm so grateful to have interviewed my favorite player ever! Anyway, thanks for reading this interview and I hope you enjoyed it. Check back soon for more of "all the buzz on what wuzz."

By the way, if you want to read about other Hall of Famers or just learn more about baseball history, please check out my book, Amazing Aaron to Zero Zippers - An Introduction to Baseball History.  All of my proceeds go to the following four charitable foundations: the Hall of Fame, ALS, Turn 2 and the Jackie Robinson Foundation.
Posted by Matt Nadel at 6:11 PM