The color barrier was always a big deal in baseball back in the 1940s and ‘50s. Back then, African-Americans had their own baseball league, the Negro Leagues, and they were basically not allowed to play in Major League Baseball. No one broke this rule until Dodgers executive Branch Rickey brought Jackie Robinson to the Brooklyn Dodgers from the Negro League’s Kansas City Monarchs. On April 15, 1947, Robinson became the first African-American to play in the MLB, breaking the color barrier and African-Americans have been playing in Major League Baseball ever since. But why is Jackie so heralded, just for breaking the color barrier, you ask? Well, he was very brave for standing up to all the bigotry, and he was an awesome player. 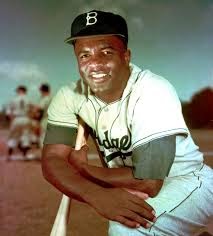 Jackie Robinson played for the Brooklyn Dodgers from 1947-1959. As a 28-year old rookie in 1947, Robinson played phenomenally, batting .297 with 175 hits and leading the league in stolen bases with 29. He became the first ever winner of the Rookie of the Year Award, which was eventually renamed in honor of him. In 1949, Jackie went to his first of six consecutive All Star Games and won the NL MVP Award, leading the league in batting average (.342) and steals (37) and also driving in 124 runs.

Robinson’s Dodgers were always very good, but they could never win the World Series because they were always facing the juggernaut Yankees. However, that all changed in the 1955 Fall Classic versus New York. In Game One, Jackie stole home on a controversial play at the plate. As soon as the umpire called Robinson safe, Yankee catcher Yogi Berra turned around and started screaming at the umpire. That was all the Dodgers needed. Although the event wasn’t the turning point of the Series, it sure was important, as the Dodgers won the Series in seven games, giving Brooklyn its first and only baseball championship. 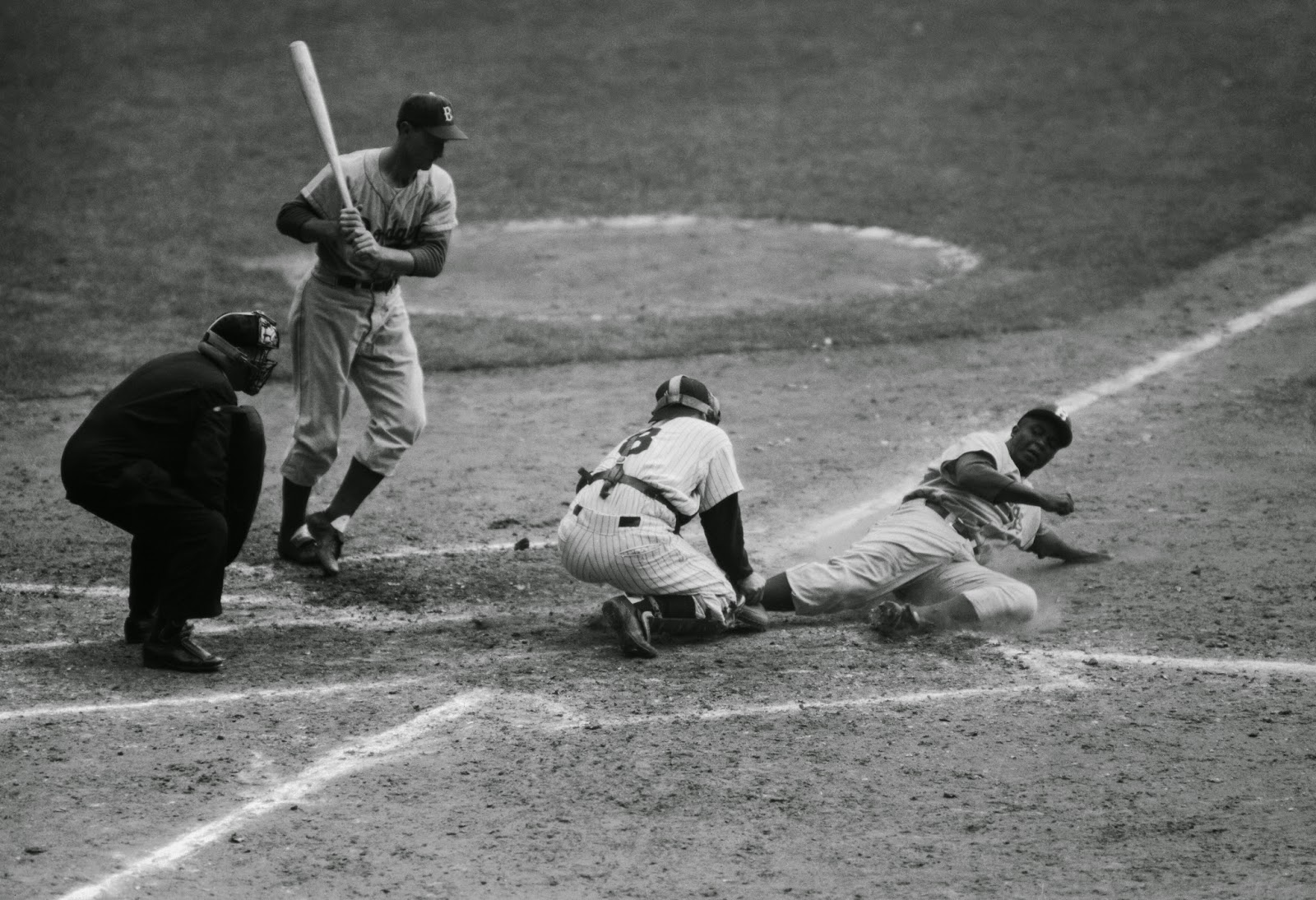 Although Jackie got just one World Series ring, his career numbers are astounding for having only played for ten years: 1,518 hits, 947 runs scored, 734 RBIs, 197 stolen bases, a .311 batting average, and an on-base percentage of .409. These great stats helped him get into the Hall of Fame in 1962 with 77.5% of the vote. And to think: he performed this well while being heckled because of the color of his skin for almost his entire career. Simply amazing. Anyway, thanks for reading this article. I hope you enjoyed it and check back soon for more of “all the buzz on what wuzz.”

And, if you’re looking to read up on more about Jackie and all of baseball history, please check out my newly published e-book, Amazing Aaron to Zero Zippers, which is now available to buy on the Amazon Kindle, the Nook and iTunes. By the way, all of my book proceeds are being donated to four baseball-related charities: the ALS Association, Turn 2, the Jackie Robinson Foundation and the Hall of Fame.
Posted by Matt Nadel at 12:11 PM