Given the announcement of Derek Jeter’s retirement after this season, one can conclude that he will be enshrined in the Baseball Hall of Fame in 2020. Along with that, I believe there could be some other major MLB events in 2020. Here are my top five:

#5: Mike Trout Wins his first MVP Award:
In the past two years, Mike Trout has finished second in the AL MVP race, both times to Miguel Cabrera, because Cabrera arguably had better statistics and Cabrera’s team did much better. However, by 2020, it is logical to say that not only will the Angels reach the playoffs, but also Trout, at age 28, will have a great season as he reaches his peak in the MLB, while Cabrera will be 36 and other MVP contenders like Robinson Cano and David Ortiz will be well past their primes or retired.

#4: The Minnesota Twins Win the World Series:
The Twins may be one of the worst teams in the AL, but in 2020 they could be the best. Six years from now, Joe Mauer will be a sage 37 and the Twins will still have a great manager in Ron Gardenhire. Moreover, the Twins have two of the best hitting prospects in baseball, with Byron Buxton and Miguel Sano, plus some flame-throwing pitching studs in the minors like Alex Meyer and Jose Berrios. This mix of experience and youth will propel them to 2020 greatness! 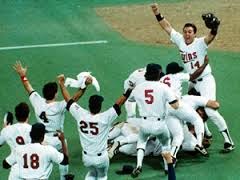 #3: The Marlins Move:
The Miami Marlins are currently one of the worst teams in baseball. Because of this and their low home attendance, I predict that they will move in 2020. The only question is where? I believe they will move to Montreal, Canada and revive the Expos, because Montreal will not have had a local team at that point since the original Expos moved in 2005 and the demand for a baseball team there will likely be very strong.

#2: The Cleveland Indians Change their Name:
The NFL’s Washington Redskins have received a lot of criticism from Native Americans because of the derogatory connotations associated with their name. The Cleveland Indians have had the same issue due to their old logo, a Native American with a red face, and because of their name. Even though Cleveland has changed their logo to a red “C”, there is still concern about the name. I’m predicting that by 2020, the Indians will give in and change their name to the Hammers. Cleveland is known for its manufacturing, so the Hammers would be very appropriate and intimidating. 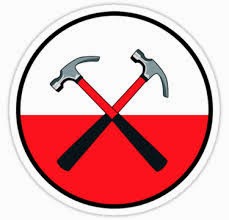 #1: The NL Adopts the Designated Hitter Rule:
The DH has been a subject of much debate over the past 41 years, however, I think that in 2020 the NL will finally put it into effect. The reason is simple: pitchers will continue to get paid millions of dollars and their agents will insist upon a change, concerned about baserunning and hitting injuries for their valuable clients. MLB will eventually agree and by the time 2020 rolls around, there should be a DH in NL parks. 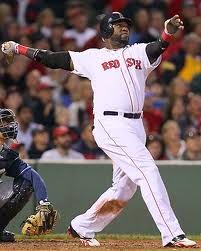 Well, that's my list of things that I believe will happen during the 2020 MLB season. Now, if you have another prediction, leave it in the comments section below. Thanks for reading this post. I hope you enjoyed it and check back in a few days for more of "all the buzz on what wuzz."
Posted by Matt Nadel at 7:56 PM