Today, the sports world mourns the loss of one of the best pitchers of the 2000s in Roy Halladay. An eight-time All Star and two-time Cy Young Award winner, Halladay captured the attention of all fans, whether they be north of the border or in the city of brotherly love. With a 203-105 career record, Halladay sits 19th on the all-time career win-loss percentage list by an MLB pitcher with a winning percentage of .659. He struck fear in the hearts of opposing batters in both the AL and NL, especially during Game One of the 2010 NLDS. In his first postseason start, Halladay led the Phillies to a victory over the Reds by pitching the second no-hitter in MLB postseason history and the first by a National League pitcher. It wasn't even his first career no-hitter; Halladay actually pitched a perfect game earlier that year against the Marlins, becoming the first pitcher in baseball history to throw at least one no-hitter during the regular and postseason. 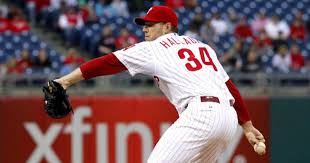 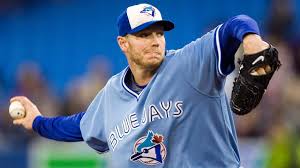 As a Yankees fan, Halladay, when he was on the Blue Jays, was one of the first pitchers that I was taught to despise. However, as it goes with most AL East stars not in New York (sorry, David Ortiz), I ended up admiring and respecting Halladay. He was such an amazing pitcher and watching him on the mound was like watching an artist paint on a canvas. When I saw he was heading to Philadelphia for the 2010 season, I breathed a sigh of relief that, one, he wouldn't be in the same division as the Yankees anymore, and two, that all of my friends who were Mets fans could now see how great a pitcher Halladay was.

It's quite gloomy to think that all the recent generations of baseball fans have mourned the loss of an All Star who died in a plane crash. My grandpa's generation had Roberto Clemente, my dad's had Thurmon Munson, and now mine has Roy Halladay. It's sickening that this type of news keeps on resurfacing in sports news sources every so often and my thoughts and prayers go out to the Halladay family. We'll always remember and love you, Doc.
Posted by Matt Nadel at 7:54 PM