I just went to the 2015 Little League World Series in Williamsport, Pennsylvania!!!! Boy, what an exciting event it was; the fans were amazing, the sportsmanship among the players was unparalleled, and the wings at Buffalo Wild Wings were absolutely delectable. Anyway, the reason I am writing this post about the LLWS is to tell you about some interviews I conducted. I have two videos for you today.

The first one is two interviews with the managers of the two teams that competed in the 2015 Little League World Series Championship: Tom Peifer of Team Pennsylvania and Junji Hidaka of Team Japan. If you would like to watch that video, just click here.


The second video is a collection of interviews. The interviewees are as follows: a 2015 LLWS team host, family of a Little League participant, fans of the Little League World Series, and some pin traders. If you would like to watch that video, just click here.


Lastly, I would like to thank Don Hintze, Mike McCormick, and the rest of the team over at MLB for sending me to Williamsport. I had an absolutely amazing time and I would love to go there again. If you're a fan of baseball, I would highly recommend going. Anyway, thanks for watching the interviews and I hope you enjoyed them. Check back soon for more of "all the buzz on what wuzz." 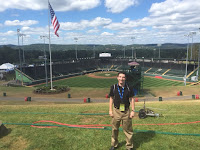 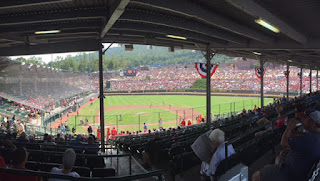