Are you ready for ten random facts about the World Series? Well, you better be, because here they come!

Fact #1: The first pinch-hit home run in World Series history was hit by Yogi Berra. He smacked the gonner in Game Three of the 1947 World Series against Dodgers pitcher, Ralph Branca. Yogi's Yanks lost the game, but eventually won the Series in seven.

Fact #2: The teams with the most World Series championships without ever losing one are the Blue Jays and Marlins. Both teams have won two Fall Classics.

Fact #3: Whitey Ford holds the World Series record for the most consecutive scoreless innings pitched: 33. The previous record-holder was none other than Babe Ruth, who pitched 29 2/3 innings of scoreless World Series baseball.

Fact #4: Deacon Phillippe has a record for the most innings pitched in a single World Series: 44. He set this record in the 1903 Fall Classic while pitching for the Pirates, going 3-2 with an ERA of 3.07. 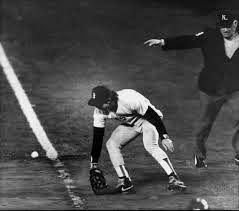 Fact #7: The Braves are the only baseball team to win the World Series while playing their home games in three different cities: Boston in 1914, Milwaukee in 1957, and Atlanta in 1995.

Fact #8: Only two teams have never gone to the Fall Classic: the Seattle Mariners and the Washington Nationals.

Fact #9: Out of the teams that have both won and lost at least one World Series, the Pittsburgh Pirates have the best winning percentage at .714, having won five Series and only losing two. 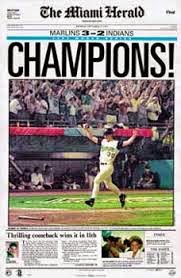 Thanks for reading these ten World Series facts. I hope you enjoyed them and check back soon for more of "all the buzz on what wuzz."
Posted by Matt Nadel at 12:48 PM