Five Tips for Fantasy-Drafting the MLB 3/4/17

Spring Training games have started and I couldn't be more excited! But I'm sure some teams are looking at their rosters and saying that they have no chance at even finishing above .500. Wouldn't it be great if there could be a league-wide fantasy draft to completely scramble the rosters so the teams would be more even? Well, let's imagine that there is for a second. With that in mind, here would be my strategies for fantasy drafting a whole league: 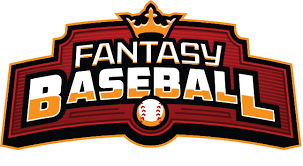 Tip #1: Alternate between picking pitchers and hitters
If you focus on just picking the best pitchers, there will be no great hitters left in the later rounds. Be mindful of which player is worth it to draft during any given round.

Tip #2: Go for the youngsters, but make sure to add a veteran presence
Mike Trout, Nolan Arenado, and Clayton Kershaw are definitely good options, but establishing a championship attitude is crucial for any sporting franchise. So while those guys are great, also pick some players who have been on baseball's biggest stage before, like Albert Pujols or Cole Hamels.

Tip #3: Take advantage of positions that typically go unnoticed
Don't jump at the opportunity to take relievers or middle infielders in the earlier rounds because most good ones will definitely still be there later. Robinson Cano could be your "steal" when, in reality, he should be picked almost immediately.

Tip #4: Pitching wins championships
There are plenty of great hitters, but not many great pitchers. So as much as you want to balance the amount of pitchers and hitters you take, be very watchful of the All Star pitchers that fall off the board because they'll go quicker than you might anticipate.

Tip #5: Team chemistry is key
Of course, all of these players are still human beings. Taking teammates in packages will keep the team's clubhouse and bats light.

This is how I would go about redrafting the MLB. So, how would you? Write down your strategies in the comments section below. Thanks for reading this post and I hope you enjoyed it. Check back soon for more of "all the buzz on what wuzz."
Posted by Matt Nadel at 10:11 AM