March Madness is this Thursday! NCAA Basketball fans (including myself) are salivating over the start of the biggest and most exciting collegiate sporting tournament of the year! In honor of that, I'm going to do my own version of March Madness, but with the best Yankee teams in the franchise's history. I'm only going to do four teams from four different eras in this tournament and try to predict the winner of each game. If you would like to see more of these types of posts throughout March Madness, write a comment in the comments section below with suggestions on which teams to use.

The Seeding:
#1 Seed: 1927 New York Yankees
Why? The team's nickname is "Murderers' Row," which is pretty self-explanatory.

#2 Seed: 1998 New York Yankees
Why? They have the most combined single-season wins in the regular season and postseason in baseball history: 125

#3 Seed: 1961 New York Yankees
Why? How does a team with two of the best home run hitters of the era in Mickey Mantle and Roger Maris and a gaggle of other stars across the diamond not make this tournament?

#4 Seed: 2009 New York Yankees
Why? This team could hit for average, smack the ball out of the ballpark, and, most importantly, come up in the clutch.

The Games:
Game One: 2009 Yankees vs. 1927 Yankees
Winner: 1927 Yankees
Why? CC Sabathia was awesome in '09, but there is no way he would be able to handle the bats of Babe Ruth, Lou Gehrig and company. Derek Jeter and the gang would put up a fight, but they wouldn't be able to defeat Hall of Famer Waite Hoyt.
Final Score: The 27 team wins 9-6. 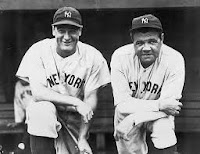 Game Two: 1961 Yankees vs. 1998 Yankees
Winner: 1961 Yankees
Why? Whitey Ford isn't a Hall of Famer for his friendship with the Mick; he was a pretty darn good pitcher. Yes, the '98 squad could've put up a fight, but they would rely too much on just getting on base instead of focusing on the long ball like the '61 team.
Final Score: The 61 team wins 5-1. 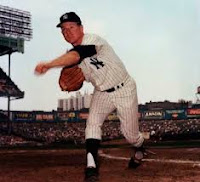 The Championship: 1961 Yankees vs. 1927 Yankees
Winner: 1927 Yankees
Why? It's very simple: "Murderers' Row" would pretty much destroy Ralph Terry and I'm sure Herb Pennock would survive the critical start against the M&M Boys. Ruth and Gehrig might not hit home runs, but hitters like Tony Lazzeri and Earl Combs would definitely help when it came down to the final innings.
Final Score: The 27 Yankees win it all 6-3!! 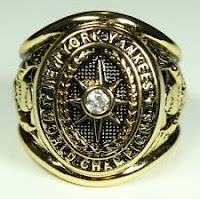 Do you think I'm right or am I completely off? Leave your thoughts in the comments section below. Thanks for reading this post and I hope you enjoyed it. Check back soon for more of "all the buzz on what wuzz."

And if you want to read up more on the Yankees of the past, please check out my book, Amazing Aaron to Zero Zippers: An Introduction to Baseball History, which is still a top 20 bestseller in its category on Amazon a year after its initial release.
Posted by Matt Nadel at 9:30 AM