It's offseason time, which means it's also awards season, where we get to see who will win the AL and NL Rookie of the Year, Cy Young, and MVP Awards. But who has won each award the most in baseball history? Let's explore the facts, shall we?

Obviously, a player can only win the Rookie of the Year Award once in his career, but which team has had the most RoY winners? The Brooklyn/Los Angeles Dodgers have had 16 Rookie of the Year Award winners, twice more than the teams in second place in this contest, the New York Yankees and the Philadelphia/Kansas City/Oakland Athletics. Those two AL teams have each had eight winners of this award. The award was first given out in 1947 and the first recipient of the award in baseball history was none other than Jackie Robinson of the Dodgers, for whom the award is named after today. Back then, the RoY was given to one player in all of baseball. The first year of the AL and NL Rookie of the Year Awards was 1949. The first Yankee to win the award was third baseman Gil McDougald in 1951. The first A's recipient was pitcher Harry Byrd in 1952. 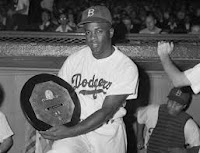 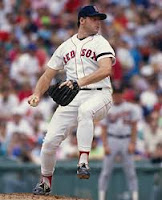 The most MVP Awards won by a single player is Barry Bonds, who won the NL MVP in 1990, 1992, 1993, and 2001-2004. He also holds the record for the most MVP's won consecutively with four. The most AL MVP's won is three. This was done by five players: Yogi Berra, Joe DiMaggio, Jimmie Foxx, Mickey Mantle, and Alex Rodriguez. Foxx was the first player to win the award multiple times and Frank Robinson is the only player to win the MVP Award in both leagues. 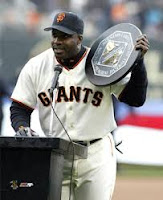 Thanks for reading this post. I hope you enjoyed it and found it interesting to read. Check back soon for more of "all the buzz on what wuzz."
Posted by Matt Nadel at 9:45 PM