Remember how I went to that event and interviewed Ron Blomberg and also met Len Berman, Ira Berkow and Marty Appel? Well, Marty Appel agreed to an interview! He gave some really great answers and I really want you to read them, but let me tell you a little bit about the author of one of my most favorite books ever.

Martin E. Appel is a public relations executive and author. Appel began his baseball legacy with the Yankees, handling fan mail for Mickey Mantle. He was eventually appointed to be PR Director of the team in 1973. While serving as Vice President for PR for the WPIX radio channel, he won an Emmy as the executive producer of Yankee telecasts.

Marty has written 18 books, including children's biographies of Yogi Berra and Joe DiMaggio. He also wrote a biography of Thurman Munson, which was published in 2009. His 2012 book, Pinstripe Empire (the book I was talking about when I said "the author of one of my most favorite books ever"), was the first narrative history of the team since 1943. Along with writing his own books, Appel has also contributed to many publications, including Sports Collectors Digest, Yankees Magazine and Encyclopedia Americana. He also served as Editor-at-Large for the National Baseball Hall of Fame and Museum's quarterly magazine, and helped write the text on the plaques of Hall of Fame inductees. He is the President of Marty Appel Public Relations, a New York based PR firm specializing mainly in sports (check out his list of sports clients - it's pretty amazing). Well, that's all I have to say about the great writer. Now, let's get to the interview.

Matt: Who was your favorite player in baseball growing up?
Marty: I had two - Mickey Mantle, a hero to everyone who loved the Yankees, and their second baseman Bobby Richardson, who was small like me, played second like me, and I sort of wanted my own hero, not someone everyone else liked.

Matt: What sports did you play as a kid? What sports did you watch?
Marty: I was baseball-baseball-baseball. First started playing in the Police Athletic League in Maspeth, Queens. Only watched baseball, but got interested in the NBA when Wilt Chamberlain came along, and in the New York Giants when Y.A. Tittle became their quarterback. Marty Glickman announcing the games was very important in that.

Matt: Did you know as a kid that you wanted to work in public relations?
Marty: I never dreamed of it. I went to college as a political science major, but had been sports editor of my school newspapers in junior high, high school and college. So one day, in the summer of ’67, I got the idea to write to the Yankees for a job. The day I wrote the letter was the first day I even thought of working in baseball.

Matt: Did you find any interesting pieces of mail for Mickey Mantle when you were handling his fan mail?
Marty: Most of Mick’s mail was exactly the same - “Dear Mickey, you are my favorite player, please send me an autographed baseball.” It wasn’t very interesting.

Matt: Why did you start writing books?
Marty: I was offered a chance to write a season preview paperback along with my counterpart on the Mets, Matt Winick. I did the American League teams, he did the National League. We did that for five years. Then I was asked to write 1,500 word biographies of all the Hall of Famers for a new book, and that was really my first “real book.”

Matt: Why did you want to write a book about the Yankees’ history?
Marty: When I realized one day that there hadn’t been a Yankees history book that wasn’t photo-driven, in almost 70 years, I just felt, “well, I’m the perfect guy to write one,” and my agent and publisher agreed.  I’d been following the team for over 50 years and knew so many people and events first hand. It was an honor to do it.

Matt: How did you decide on what to write on the plaques of Hall of Fame inductees?
Marty: The Hall of Fame staff wasn’t very big in the ‘70s, and the President of the Hall, Ed Stack, asked if I could pitch in and help with the plaques. Now THAT was some honor. Willie Mays was the first one I did. That career lasted 21 years, but today they have a great in-house staff that handles it very well.

Matt: If you had done PR work for the Babe, what would you have advised him about his image?
Marty: I hope I would have been smart enough to not change a thing. He was the best thing that ever happened to baseball.

Matt: Is there any interesting George Steinbrenner story that not many people know, that you would be willing to share?
Marty: If we had a good road trip, like winning 6 of 9 or something, we’d get back to New York at like 3 in the morning, and he’d be there at baggage claim, all by himself, greeting the team and giving everyone $20 bills to take taxis home instead of first going to the stadium on the bus. It showed what a fan he really was.

Matt: If you could’ve met any non-Yankees player in history, who would it be and why?
Marty: Well, I met a lot of non-Yankees over the years who I admired a lot, including Jackie Robinson, Ted Williams, Stan Musial, Willie Mays, Tom Seaver, Brooks Robinson…..but of those I never met, going back in baseball history, I guess Christy Mathewson would have been a pleasure to know. He was said to be a really fine gentleman. 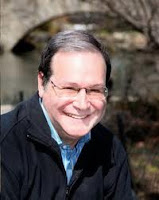 Well, that's the interview. I hope you all enjoyed it a lot and make sure to read Pinstripe Empire, because it's a great book!! Thanks so much for reading, and I hope you check back soon for more of "all the buzz on what wuzz."