I've written lists about who should be on baseball's Mt. Rushmore, who I think are the most underrated Hall of Famers of all time, my favorite uniforms, and more. But today's list is going to be possibly my most important list in Baseball with Matt history. It is time for you to know... my all-time favorite baseball players in baseball history! Yes, I have already done my all-time dream team, but this list isn't going to include a ballplayer from each position. It will not be a list of the players who I would want on the field in any given clutch situation. This list is all about my top five favorite baseball players in baseball history. So, I hope you enjoy this list and can agree with me on how great these ballplayers really were.

Number Five: Derek Jeter
Why? Jeter is not only the only current ballplayer on this list, he is the only Yankee on this list (which was a little surprising to my dad, considering I'm a huge Yankees fan). Jeter has been a hits machine since his rookie year of 1996 and has over 3,000+ hits. He is one of two baseball players to have his 3,000th hit be a home run (along with Wade Boggs) and is currently tenth on the all-time hits list at 3,316. Also, probably the most important reason that he is number five on this list, he led the Yankees to five World Series championships. Why isn't Jeter number one on this list? He's still playing. He will likely move up once he gets elected into the Hall of Fame. 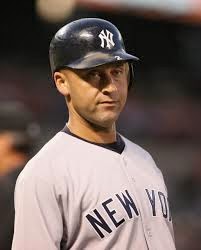 Number Four: Jim Palmer
Why? Even before I interviewed this Hall of Fame Orioles pitcher, the eight-time twenty-game winner was one of my favorite pitchers of all time. The three-time Cy Young Award winner baffled AL batters for 19 years from 1965-1984. In fact, he never gave up a grand slam in his entire pitching career! Palmer may have also been known for eating pancakes before each game, but his real claim to fame is having an astounding career ERA: 2.86! 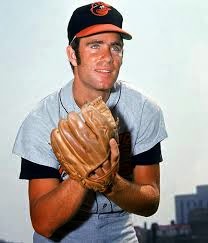 Number Three: Rod Carew
Why? Who wouldn't like an 18-time All Star Panamanian Jew? But seriously, this Hall of Fame second baseman lit up the Twin Cities and the City of Angels for two decades, batted .328 lifetime, and is currently 23rd on the all-time hits list at 3,053. Even if he never did win a World Series, his amazing hitting will always be remembered by baseball fans everywhere, but especially me. 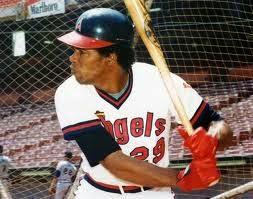 Number Two: Warren Spahn
Why? Perhaps the best lefty pitcher of all time, Spahn dazzled NL hitting in the '40s, '50s, and '60s with mainly the Braves and totaled 363 career wins, sixth on the all time wins list. Along with an amazing 3.09 career ERA, the 17-time All Star pitched for 21 years in the Bigs and retired at the age of 44! No wonder the best lefty in the MLB is awarded the Warren Spahn Award each year!

Number One: Mike Schmidt
Why? This shouldn't come as a complete surprise to some of you considering I've told a lot of people that Mike is my favorite baseball player. But to all of you who didn't know this, here is why I love Schmidty: 548 career homers, 1,595 career runs driven in, eight home run titles, 13 seasons with 30+ homers, three-time NL MVP, 12-time All Star, six-time Sliver Slugger at third base, and 10 Gold Gloves at the hot corner, and four homers in a single game on April 17, 1976. Oh, and did I mention that he led the Phillies to their first ever World Series title in 1980, a World Series in which he won the MVP? Just look at all these accolades! And who could forget the great mustache?

Well, those are my top five favorite ballplayers in baseball history. Who are yours? I hope you enjoyed reading. Check back in a few days for more of "all the buzz on what wuzz."