I recently had the chance to interview Colorado Rockies coach Jerry Weinstein! But before I get to the interview, let me tell you a little bit about him.

After graduating from UCLA in 1969 with a master's degree in physical education, Weinstein moved on to coaching baseball. For 23 seasons, he coached the Sacramento City College baseball team. His record with the Panthers was 831-208-12, equaling to a .791 winning percentage! In 2000, he served two years as the director of player development for the Los Angeles Dodgers. Later on in his career, Jerry became the manager of the Rockies Class-A affiliate, the Modesto Nuts, and managed them to five straight winning seasons from 2007-2011. He joined the Major League Colorado Rockies' coaching staff in 2012 and was the Catching Coach for the Rockies in 2013. He actually happens to be an expert on catching, as he has written a book about catching behind the plate.

I hope you learned a little bit about Mr. Jerry Weinstein because you are about to learn a lot more about him. Here's the interview!

Matt: What sports did you play/watch as a kid?
Coach Weinstein: Baseball & football.

Matt: Besides the talent level, what's the difference between coaching at the major league level and minor league level?
Coach Weinstein: Major League: It's about the scoreboard. Minors: It's about development.

Matt: As a catching coach, what rule did you want your catchers to remember the most?
Coach Weinstein: Third strike in the dirt that is caught is not a legal catch. The runner must be tagged with two outs or first base unoccupied.

Matt: Does your coaching style switch depending on if you're coaching major leaguers versus minor leaguers?
Coach Weinstein: Same style. No changes.

Matt: You coached the US Olympic Baseball Team in the 1992 and 1996 Olympics. Would you like to see baseball at the Olympics again? Why or why not?
Coach Weinstein: Olympics aren't feasible because Major League players are still playing. I do like the World Baseball Classic. 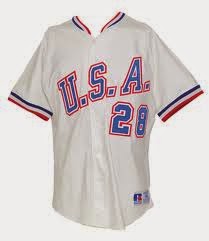 Matt: Outside of baseball, what are some of your hobbies?
Coach Weinstein: Reading & working out.

Matt: Can you tell us a little about your book, "The Complete Handbook of Coaching Catchers?"
Coach Weinstein: Check out this website: coachingcatchers.com

Matt: Is there any special prep needed when you get ready to catch a 95+ mph fastball for the first time?
Coach Weinstein: Catch off the machine at high velocity.

Matt: Who do you think was the most difficult pitcher in MLB history to catch and why?
Coach Weinstein: Charlie Hough because of his knuckleball. 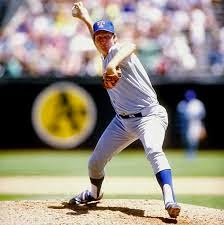 Well, that was the interview. Thanks to Jerry for answering my question. Anyway, thanks for reading this interview. I hope you enjoyed it and check back in a few days for more of "all the buzz on what wuzz."
Posted by Matt Nadel at 8:17 PM