After a 111-loss season in 1932, the Boston Red Sox needed a change in the front office and it just so happened that someone was looking to buy the team. After receiving a multimillion dollar inheritance from his late uncle, Tom Yawkey, then only 30 years old, at the advice of Baseball Hall of Famer Eddie Collins, purchased the struggling Sox. He never saw his team win a championship when he was the owner, but Yawkey surely did transform the franchise from the MLB's laughingstock to one of its prime World Series contenders. 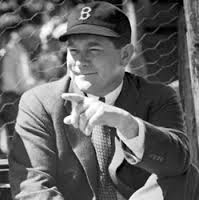 Tom Yawkey owned the Boston Red Sox from 1933-1976 and brought the team three American League pennants (1946, 1967, and 1975). He was a very aggressive owner, signing some of the best players of his era from other teams in a time when free agency wasn't popular. You might recognize some of those signed players' names: Joe Cronin, Jimmie Foxx, Rick Ferrell, Lefty Grove, Heinie Manush, Bobby Doer, Ted Williams, and Dom DiMaggio. All of those players were All Stars and all but DiMaggio are enshrined in Cooperstown. He also gambled on a few prospects, such as Carlton Fisk, Jim Rice, and Carl Yastrzemski, hoping they would become All Stars. Well, they became Hall of Famers. 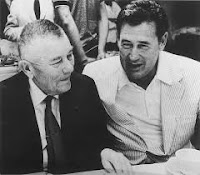 Yawkey sure did bring in some of the best hitters and pitchers in baseball history onto his squad, but every great sports figure has some controversy to go along with his greatness. Yawkey was accused of being a racist. The Red Sox became the last team in the Major Leagues to field an African American player in 1959 (Pumpsie Green), 12 years after Jackie Robinson broke the color barrier for the Dodgers, and Yawkey's racism was always believed to trigger many Red Sox moves involving African American players.

Despite his racism, Tom Yawkey was beloved by Red Sox fans. In fact, he was so beloved by the Red Sox fan base that the street where Fenway Park is located is named Yawkey Way. The cherished executive was inducted into the Baseball Hall of Fame in 1980. Thanks for reading this post and I hope you enjoyed it. Check back soon for more of "all the buzz on what wuzz."