The player with the most MVP Awards ever is Barry Bonds with seven, but even some of the all-time greats never won an MVP Award. So, today I'm counting down my top five favorite baseball players in baseball history who never won an MVP. Note: I have one rule for this list: they had to have started their careers after 1931 (when the award was first given out), so someone like Cy Young will not be on the list.

Number Four: Kirby Puckett
Years Played: 1984-1995
Why? The well-liked, roly poly Puckett won two World Series with the Minnesota Twins and collected over 2,000 hits in just twelve years in the MLB. However, he never put up eye-popping stats, but instead did a little bit of everything, which is probably why he never won the AL MVP. 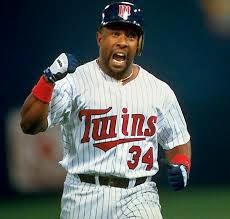 Number Three: Ralph Kiner
Years Played: 1946-1955
Why? Kiner led the league in homers in seven consecutive seasons and went to six consecutive All Star Games. One problem: the team that he won all those home run titles with, the Pittsburgh Pirates, did not win a single pennant while he was there and, usually, the player who wins the MVP plays on one of the best teams or the best team in baseball.

Number Two: Eddie Murray
Years Played: 1977-1997
Why? Steady Eddie was very consistent throughout his career and is only one of four hitters with 500+ home runs and 3,000+ hits. However, just like Puckett, Murray always did a little bit of everything and never had huge stats. In fact, he never had over 35 homers in a season and never had more than 200 hits in a season.

Number One: Derek Jeter
Years Played: 1995-2014
Why? One of my favorite hitters to ever play the game, Jeter retired as the player with the sixth-most amount of hits in baseball history. He batted .310 lifetime and also scored 1,923 runs. So why did he never win the MVP Award? I think it's for two reasons. One, on the pennant-winning teams that he played with on the Yankees, it was always a group effort; he wasn't the only one with monstrous stats. Two, contact hitters don't usually win the MVP Award and Jeter hit over 20 home runs in just 3 seasons. 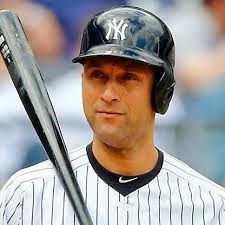 Do you agree with my list? Write your thoughts down in the comments section. Anyway, thanks for reading this post and I hope you enjoyed it. Check back soon for more of "all the buzz on what wuzz."
Posted by Matt Nadel at 6:28 PM