Baseball Events that Happened on Christmas 12/25/14

Happy Holidays! I hope you all enjoy your winter breaks, if you have one. In honor of the holidays, I'm going to talk about some interesting events in baseball history that occurred on December 25th.

Event Number One: Three Hall of Famers' birthdays
Explanation: This is actually a combination of a few events, but on Christmas Day 1856, 1927, and 1958, Hall of Famers Pud Galvin, Nellie Fox, and Rickey Henderson, respectively, were born. It's pretty funny how they all were famous for different things; Galvin was one of the best pitchers of his time and won over 300 games, Fox was one of the best defenders of his era and was the first American League second baseman to receive the award, and Henderson has the all-time record for both career steals and runs scored. 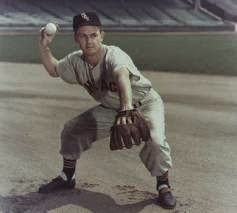 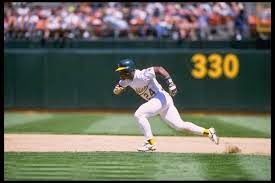 Event Number Two: Former New York Yankee Billy Martin dies in a car crash
Explanation: On December 25, 1989, longtime Yankees player and manager Billy Martin passed away in a car crash at the end of his driveway in the middle of an ice storm. Martin played in the MLB from 1950-1961 and managed in the MLB in several stints from 1969-1988. The All Star won a total of six World Series during his career. His number one is retired by the Yankees and he has a plaque in Monument Park in Yankee Stadium. 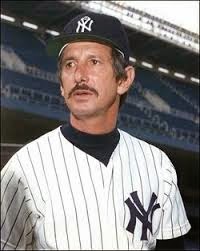 Event Number Three: Hideki "Godzilla" Matsui becomes the highest-paid player in Japanese baseball history
Explanation: Hideki Matsui agreed to a one-year, $4.7 million contract with the Yomiuri Giants on Christmas Day of 2001. His $4.7 million contract surpassed Ichiro Suzuki's $4 million agreement with the Orix Blue Wave in 2000 as the biggest contract in Japanese baseball history. In 2002, the only year of his contract with the Giants, Matsui had one of his best years ever, batting .334 with 50 home runs and 107 RBIs, winning the league's MVP. His Giants also went on to win the 2002 Japan Series (the Japanese equivalent of the World Series) in a four-game sweep of the Saitama Seibu Lions. Godzilla signed with the New York Yankees the next season and eventually helped them win a World Series in 2009.

I hope you enjoyed my list of some of baseball's most interesting moments that occurred on Christmas. Thanks for reading this post and check back soon for more of "all the buzz on what wuzz."
Posted by Matt Nadel at 9:27 AM