In the spirit of Hall of Fame voting season almost arriving, let's talk about yet another lopsided trade that affected both teams involved very much. I'm talking about the Big Unit going from the Expos to the Mariners.

Trade: Randy Johnson, Brian Holman, and Gene Harris of the Expos for Mark Langston and Mike Campbell of the Mariners
When? 1989
Who was Who? Johnson, Holman, and Harris were all rookie or sophomore pitchers for Montreal who didn't have much experience. Mark Langston had just come off a 15-11 pitching season for Seattle in 1988 and Mike Campbell was a young pitcher in his third year in the league who had just come off a 6-10 1988 season for the Mariners.
Immediate Impact: The pitchers traded to Seattle went a combined 16-23 and the Mariners won just 73 games, finishing the 1989 season 26 games back of the first place Athletics in the AL West. The Expos, meanwhile finished at a respectable 81-81 record. Campbell didn't pitch a single game for them, but Langston strung together a decent 12-9 record with a 2.39 ERA.
What Happened Next? Brain Holman, Gene Harris, and Mike Campbell were all retired by 1996. Mark Langston continued pitching in the MLB until 1999. He finished his career with a record of 179-158, but Randy "The Big Unit" Johnson would go on to have one of the best careers for a lefty pitcher in baseball history. The five-time Cy Young Award winner won 303 games with an ERA of 3.29 in his 22-year career. He won the 2001 World Series co-MVP (along with Curt Schilling) with the Diamondbacks and struck out 4,875 batters, second on the all-time list for career strikeouts.
Who Won? The Mariners, but only because of Johnson. 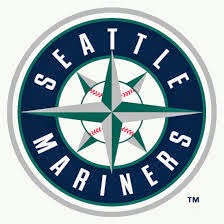 Would you have gone through with this trade if you knew how good Randy Johnson was going to be? Leave your thoughts and opinions in the comment section below. Thanks for reading this post. I hope you enjoyed it and check back soon for more of "all the buzz on what wuzz."
Posted by Matt Nadel at 6:02 PM