In honor of the 100th anniversary of Fenway Park, I will be blogging about one of the greatest Red Sox ever, and a greater one: 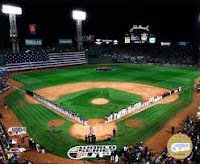 When Fenway Park just opened in 1912, the Red Sox already claimed the title of an AL dynasty. That year, they won the World Series. 'What was one of the reasons why?' you ask yourself. Well I have the reason why the Red Sox were so good back then: Tris Speaker! The Grey Eagle had 3514 hits in his career with mainly Boston and the Cleveland Indians from 1907-1928. He had a career batting average of .345, good for 6th on the all-time list. He was elected into the Hall of Fame in 1937, the second year of election. 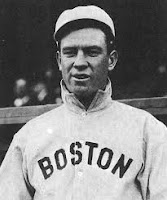 Other than The Grey Eagle, the Red Sox have had many other stars play for their team, one of them being Carl Yastrzemski. Yaz played for Boston for his entire career, from 1961-1983. He had 3419 hits, and a .285 lifetime batting average. However, Carl was known for his power. He had 452 career round-trippers, and 1844 RBIs. Interestingly, he is the last player to hit for the triple crown ('67), with 44 homers, 121 RBIs and a .326 batting average. The Red Sox were so good when Yaz was playing-- too bad the Orioles had to spoil almost all of their fun.